August 22, 2019, marks the 75th Anniversary of the Tsushima Maru catastrophe when a cargo passenger ship evacuating 834 schoolchildren from Naha, Okinawa to Nagasaki, Japan in anticipation of the US invasion was lethally torpedoed by the USS Bowfin. Had these refugees that perished with the Tsushima Maru not met their ghastly doom in the East China Seas and made their destination, would they still have had to face gruesome deaths in the thermonuclear blast at Nagasaki? Or, might they have remained in Okinawa as fodder, conscripts or sexual servitude for Imperial Japan troops, possibly trapped in the crossfire of the bloodiest Pacific land battle in which over a quarter of Okinawan locals were slaughtered or worse? Given the frequency and universality that such “tragedies” reoccur throughout wars past and present, perhaps it is disingenuous if not deceptive to identify such politically created catastrophes as “tragedies” = as if they were “random accidents,” rather than natural outcomes and symptomatic consequences of war? 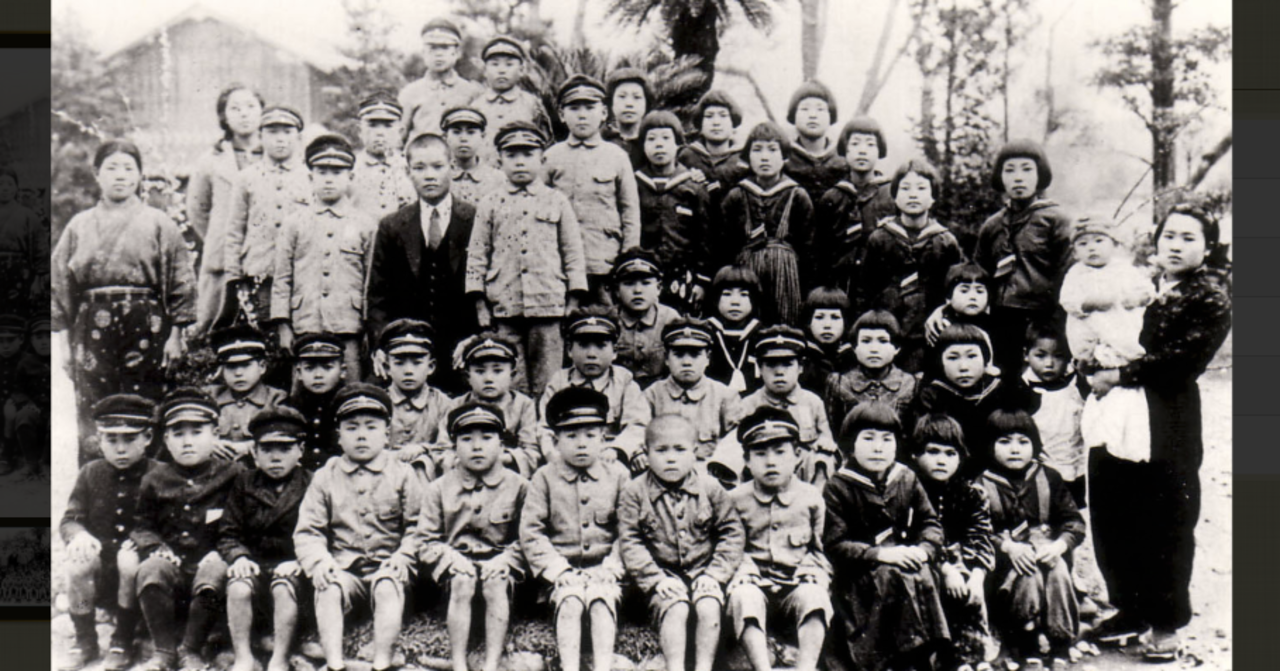 In reaction to global Western imperialism, Imperial Japan prepared to sacrifice the recently colonized sovereign nation of Ryūkyū, renamed it Okinawa prefecture and used them as a firewall to stall an impending US invasion into Japan proper. The Tsushima Maru evacuated eight public schools almost eight months before the hellish Battle of Okinawa that summer of 1944. 1,529 passengers including 682 children joined 24 crewmen and 21 gunners in their ocean tomb. Of the 1,788 passengers, only 59 students survived horrific calamities adrift at sea of brutal elements, despair, hunger and hungry sharks. Is it ironic that more people perished on the Tsushima Maru than those on the Titanic – yet remain relatively unknown — unlike the luxury liner tragedy abound in popular history and film?

And what of the USS Bowfin today? It rests proudly exalted in the USS Arizona Memorial Park in Hawai`i’s most popular tourist attraction and America’s Yasukuni Shrine, “Pearl Harbor” — the site of the not-so-sneak attack Americans preach not to forget — by forgetting its Hawaiian name, place, and fact the that the US illegally overthrew a sovereign nation to secure its own military bases in the first place, just as Japan did to Ryūkyū. For ten US dollars, you can get an audio tour of the so-called “Pearl Harbor Avenger,” or maybe a couple souvenir shot glasses — but you won’t learn about the Tsushima Maru. In fact, Pearl Harbor is celebrating its 100th Anniversary on the exact same anniversary date as the Tsushima Maru catastrophe.

It is not the case that the US naval crew intentionally murdered innocent children and elderly; the USS Bowfin was on a standard wartime patrol, and initially claimed to have hit destroyers, while the Tsushima Maru likewise was commencing in a standard evacuation via cargo vessels during a time of war entailing escort within a convoy that included a gunboat and destroyer. After the Tsushima Maru was fatally hit, no accompanying ships stopped to rescue stranded survivors in the water fearing further attack. Imperial Japan and the US pursued polices of war resulting in another appalling incident — not accident, of war. The incorporation of industrial technology into modern warfare has resulted in civilians taking the highest casualty rates in contemporary military conflicts, resulting in the senseless slaughter of people sometimes seeking refuge from the insanity of war in the first place. The Tsushima Maru sinking was not ‘irony,’ but war; irony often comes out of unintended outcomes — unlike tragedies like the Tsushima Maru that are borne from intentional, not accidental or inevitable, collusion between mainstream institutions that enable war as an option in the first place. The Bowfin crew did not know of the civilians that nightmarishly perished from its underwater warhead until decades later. Such tragedies become the nightmares of soldiers systematically baptized with such blood on their hands. Moreover, fascist Japan banned public mention of the Tsushima Maru by survivors, so its history has remained little known nor taught — unlike dominant narratives that justify, glorify and sanitize wars and militarism from such realities.

Okinawa remains a firebreak almost 75 years later for the special interests of decision makers far away against the democratic majority will and civil disobedience of the people. Both Japan and the US continue to impose their will and militaries in the name of “protection” despite its use for forward deployments for generations of wars unrelated to Okinawa. The indigenous Uchinānchu continue to be sacrificed under conditions of military occupation that neither Japanese or US citizens would tolerate within their own “mainland,” like the ‘clear zones’ of Futenma Marine Corps Air Station that run right into local residential neighborhoods and schools resulting in the concentration of “accidents” more accurately understood as symptoms. Fear, not public safety or health, has been normalized as reoccurring military toxic wastes, accidents and violent crimes against local community members have been tolerated by the Japan and US governments for decades. The proposed ‘resolution’ to this concentration of military in Okinawa by Japanese and US collusion is to construct yet another behemoth military facility within the tiny island of Okinawa that already hosts almost two-thirds of US military within Japan, despite comprising of less than 1% of Japan land mass. This is akin to removing a cancer, and then transplanting it to another part of the body or another family’s neighborhood.

Stories of “irony” abound in wars, like the fighting among siblings on opposite sides, or immigrants who sometimes return to their homelands as enemy soldiers. Or, the fact that more people perished in the Battle of Okinawa than those of the nuclear bombings inflicted in Japan proper combined — yet more attention is dedicated to reduction of nuclear proliferation than reducing the option of war in the first place. However, the perpetuation of such “ironies” into the Twenty-First Century, such as the bombing of hospitals, weddings and innocent people in general in the name of ‘fighting terror,’ when any Okinawan elder can tell you war is terror. The washing up of refugee bodies onto shores seven decades after the Tsushima Maru debacle reminds us that these are inevitable — not unintended, outcomes of war. Those that and participate in war as a credible means of conflict resolution must also take responsibility for these tragedies inherent with such a collapse of reason and humanity. Perhaps the greatest irony here is not the senseless tragedies that are par for war, but the tendency by mainstream institutions to uphold ‘leaders’ quick to embrace military options as a demonstration of ‘strength’ and ‘security.’ The reality is war is the ultimate evidence of complete political failure of leadership to constructively resolve conflicts that explains why it’s often considered “the last option” after all else has failed. Perhaps if politicians were fired — not hired, for the endless cycle of military interventions worldwide, we might see decreasing recurrences of such “ironies” like the Tsushima Maru for future generations.