“Congress must investigate and immediately put an end to this injustice,” said one attorney. 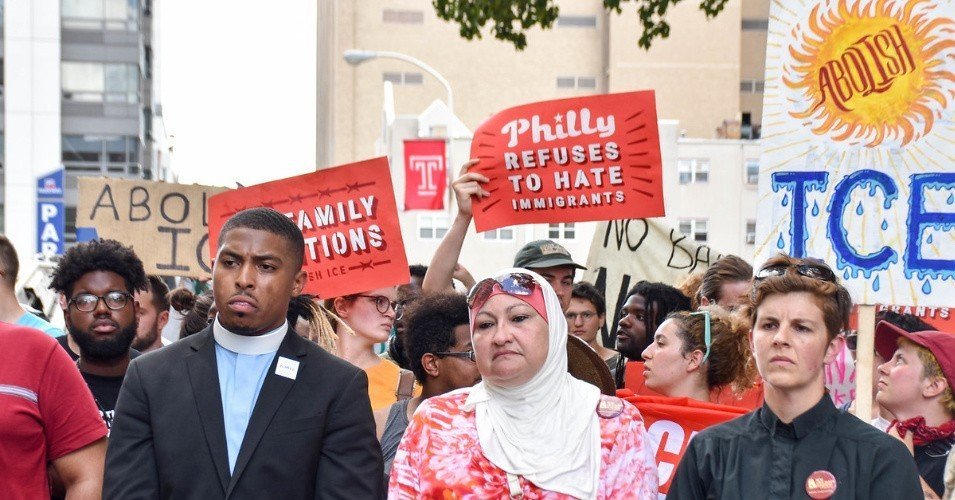 The advocacy groups representing the Immigration and Customs Enforcement whistleblower who earlier this year revealed horrific abuse of imprisoned migrant women—including forced surgical sterilizations—on Friday condemned ICE’s deportation of victims of the coerced procedures in retaliation for speaking out.

Earlier this week, the Associated Press reported ICE has already deported six women who came forward to report that Dr. Mahendra Amin performed medically unnecessary operations including forced hysterectomies on them, destroying or jeopardizing their ability to have children. At least seven other women who have accused the doctor are also facing deportation, according to their attorneys.

“By deporting these women, the government is risking—indeed facilitating—the loss of critical witnesses if law enforcement is unable to reach them in a different country.”
—Dana Gold, Government Accountability Project

In September, Dawn Wooten, a longtime licensed nurse at the Irwin County Detention Center in southern Georgia, filed a whistleblower complaint alleging unsanitary conditions and practices that threatened to accelerate the spread of Covid-19, as well as an alarming number of non-consensual hysterectomies performed by Amin, who she called “the uterus collector.” Wooten’s disclosure shocked the nation and the world and prompted 173 congressional lawmakers to call for an investigation.

Azadeh Shahshahani, legal and advocacy director for Project South and a lawyer for Wooten, responded to the actual and pending whistleblower deportations by issuing a statement calling ICE’s actions “shameful” and accusing the agency of “actively [trying] to erase the evidence of human rights violations and get rid of the survivors and witnesses, instead of aiding in the investigation.”

“Congress must investigate and immediately put an end to this injustice,”  Shahshahani stressed.

“By silencing outspoken immigrant activists, jailing them and inciting violence against them, the government and White supremacists are attempting to keep immigrants in a state of fear and intimidation.” Must read by @ashahshahani for @Colorlines.https://t.co/PbyjoCIZwd

“By deporting these women, the government is risking—indeed facilitating—the loss of critical witnesses if law enforcement is unable to reach them in a different country,” Gold said in a statement. “Like Ms. Wooten, they are now suffering retaliation for speaking up about unconscionable abuses suffered by immigrants in ICE detention in a seeming effort to both punish and hide evidence of medical misconduct.”

“We condemn these actions and demand that DHS stop all further deportations of those impacted by this investigation,” added Gold, referring to the Department of Homeland Security, which includes ICE.

The forced sterilzation of migrant women is, along with the seizure of thousands of migrant children from their parents—with some 666 children still separated from their families—arguably the most egregious domestic human rights violation to occur during the presidency of Donald Trump, who launched his successful 2016 White House bid by calling immigrants “rapists” and “criminals.”

Trump’s tenure has been characterized by enmity and bigotry toward immigrants—especially people from Muslim countries and refugees fleeing deadly perils largely resulting from decades of U.S. policies and actions in Latin America and beyond.

From Police Violence at Home to Killing Civilians in Unending Wars Abroad, US Faces Human Rights Reckoning at UN