Several of those interviewed described explicit and sustained efforts by the US government to deliberately mislead the public. They said it was common at military headquarters in Kabul – and at the White House – to distort statistics to make it appear the United States was winning the war when that was not the case. “Every data point was altered to present the best picture possible…Surveys, for instance, were totally unreliable but reinforced that everything we were doing was right and we became a self-licking ice cream cone.”

By Jon Mitchell (Japan Focus) On July 8 1969, 19-year old US soldier Daniel Plemons was working at Chibana Ammunition Depot, Okinawa, in one of the most dangerous – and secretive – jobs in the US military: the maintenance of chemical weapons. “There were 500-pound (227 kg) bombs filled with nerve agent and we were […]

“I hope that victims of sexual violence will receive words of encouragement and messages like “You’re not the only one” so that the world can understand them.” 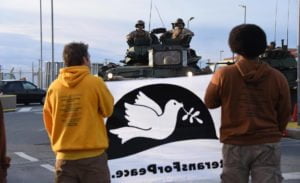 Veterans for Peace—Ryukyu Okinawa Chapter Kokusai (VFP-ROCK) President Douglas Lummis and members held a press conference at Okinawa’s prefectural press club on July 25. The group announced VFP-ROCK’s intentions to submit a new resolution for approval at the 34th National Convention of Veterans For Peace, which will be held in Spokane, WA next month. They seek to halt the construction of the new base in Henoko, Nago City with the new resolution. 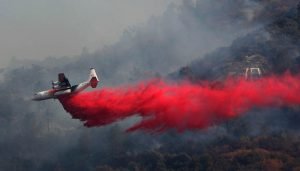 By David McNeil An exhibition of censored artwork in Nagoya city triggers a furious debate on artistic expression. The artistic director of the Aichi Triennale 2019 had few illusions when he planned an exhibition called “After Freedom of Expression”. By choosing items that poked painfully at some of Japan’s most tender spots – war crimes, […]

“That’s like North Korea”—this is what many Japanese say regarding dictatorial practices such as pushing a single ideology onto the nation’s citizenry. I speculate, though, that the people of North Korea know in their hearts that their TV stations are broadcasting government propaganda, while the people of Japan are duped far better by the fun, festive commercials, ads, and other soft-power programs, because they don’t know that they themselves are bobbing up and down on the rough waves of an ocean of propaganda.

More Posts from JAPAN AND ASIA/日本とアジア 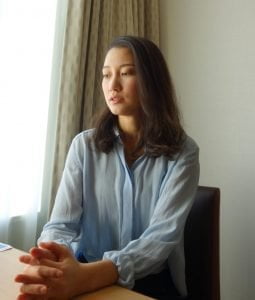 Japan Subculture Research Center “…New allegations have raised the possibility that the administration may have gone so far as to quash a rape investigation on behalf of a close friend of  [Prime Minister] Abe: the dapper, hipster-bearded broadcast journalist Noriyuki Yamaguchi, who also penned two laudatory books on the prime minister… “Noriyuki Yamaguchi has categorically […] 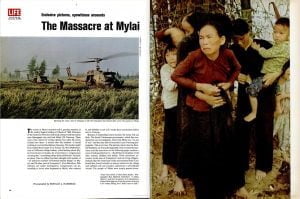 by Valerie Wieskamp – It has become almost a requirement in American culture that people talk about “supporting our veterans”. But this is what our soldiers do-they invade, they rape, they silence. Not every soldier, of course. But militarism embraces violence, and no- our soldiers have not died defending our freedoms. They have died defending our […]

by Hifumi Okunuki (Shingetsu News Agency) Medical professionals, even doctors themselves, often accept this anachronistic apprenticeship system as a necessary evil or as shikataganai (unavoidable). This recalls how many in the medical profession readily accepted the inevitability of robbing young women of their spots in medical school while practicing some grotesque form of affirmative action […] 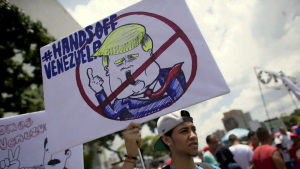 Story Transcript From The Real News Network SHARMINI PERIES: It’s The Real News Network. I’m Sharmini Peries, coming to you from the Venezuelan Mission at the United Nations in New York. And I’m joined by the foreign minister of Venezuela, Jorge Arreaza. I thank you so much for joining me. JORGE ARREAZA: Thank you very much for […]

Abstract: Amid the radioactive fallout of the meltdowns at Fukushima Daiichi Nuclear Power Station and across what would come to be known as the Exclusion Zone, Japanese members of the nuclear lobby laboured to contain the political fallout of the Fukushima disaster. This article scrutinizes the profuse rhetoric over recycling as mobilized by nuclear boosters and the wider operations of circularity in waste management in Japan. Japanese leant heavily on the notion of recycling to attempt to frame the clean-up in Fukushima in more ideologically convenient terms. This led, for example, to officials trumpeting plans to ‘recycle’ over 16 million cubic metres of radioactive topsoil scraped from hundreds of square kilometres of Fukushima Prefecture, as well as efforts to achieve ‘thermal recycling’ by generating electricity from the incineration of collected irradiated vegetal matter and the large amounts of protective clothing and other material used in the ‘decontamination’ campaign. By scrutinizing this appropriation of recycling rhetoric and its leveraging across Japan’s nuclear waste management apparatus, the article exposes contradictions and distortions in contemporary Japanese policy that have considerable socio-political ramifications. 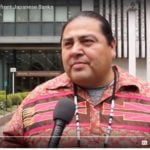 SNA (Tokyo) — The campaign against the Dakota Access Pipeline launched in December 2016 by a handful of Japanese activists entered a new round of activity this month when two Native Americans, who are Standing Rock Water Protectors, visited Japan, aiming at grassroots alliance-building with international indigenous groups. Myron Dewey and William Patrick Kincaid, along […]

Pete Shimazaki Doktor,  August 22, 2019 In reaction to global Western imperialism, Imperial Japan prepared to sacrifice the recently colonized sovereign nation of Ryūkyū, renamed it Okinawa prefecture and used them as a firewall to stall an impending US invasion into Japan proper. The Tsushima Maru evacuated eight public schools almost eight months before the […] 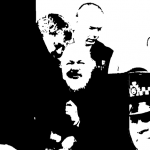 Debunking All The Assange Smears Caitlin Johnstone   Have you ever noticed how whenever someone inconveniences the dominant western power structure, the entire political/media class rapidly becomes very, very interested in letting us know how evil and disgusting that person is? It’s true of the leader of every nation which refuses to allow itself to […]

Japanese people eat cheap bananas that are supported by low wages and long working hours. What is happening behind the bananas that reach Japan? I visited Mindanao Island… 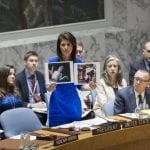 Several rights groups responded Friday, calling on Trump to repeal the ban, which applies to migrants from Syria and 5 other countries in Africa and the Middle East. “Trump was using very strong words last night to describe the cruelty and the horrors that children and civilians in general are enduring (in Syria),” Maria McFarland Sánchez-Moreno, co-director […]