Are Cuban Protesters Freedom Fighters or US Pawns?

Painters, musicians, and other artists are responding to what they call the “lack of freedom of speech.” The government calls them agents of the U.S. 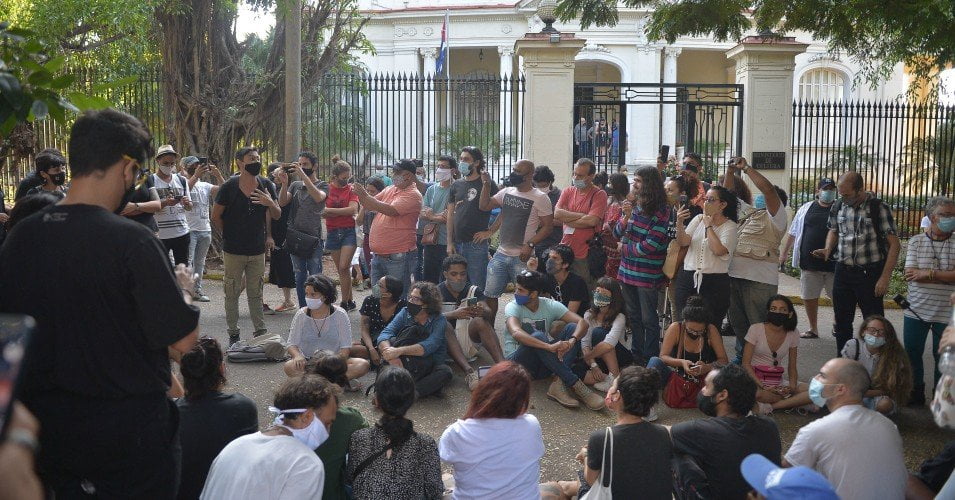 A group of young intellectuals and artists demonstrate at the doors of the Ministry of Culture during a protest in Havana, on November 27, 2020. (Photo: Yamil Lage/AFP via Getty Images)

A hunger strike, police arrests, and a sit-in at the Ministry of Culture in Havana have rocked intellectual circles in Cuba in recent weeks. Critics say the government is once again suppressing freedom of expression. Government supporters, however, argue that the dissident movement is being manipulated by Washington. 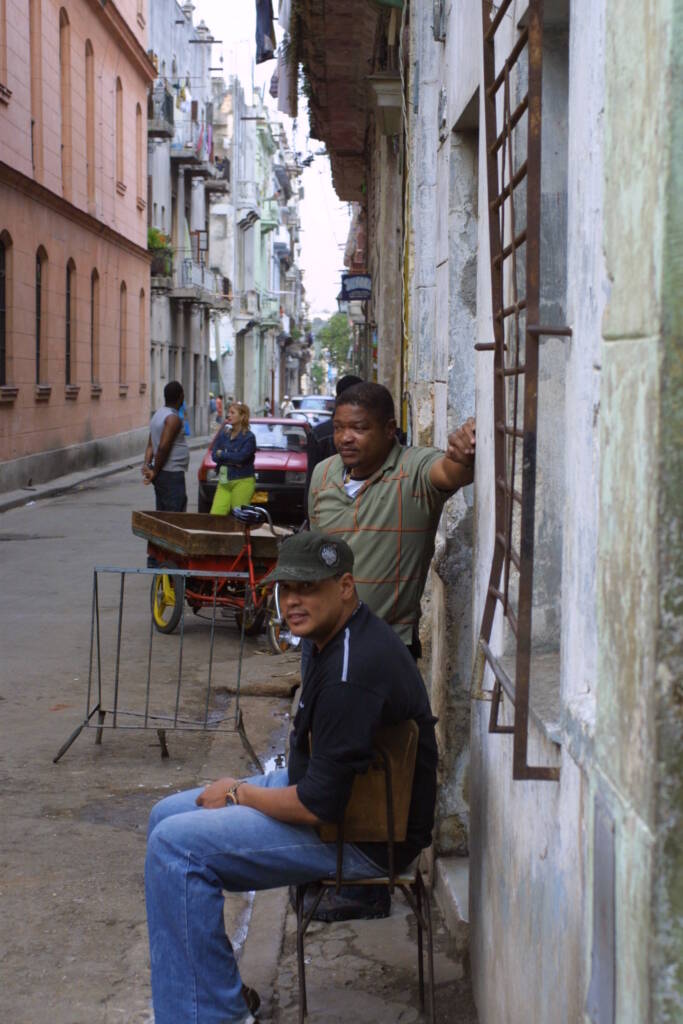 On November 9, Havana police arrested Denis Solis, a rapper and leader of the dissident San Isidro movement. Solis’s supporters, in response, held a hunger strike demanding his release. On November 26, police cordoned off the area and raided the hunger strikers’ apartment.

“Once again the US-backed dissidents want to spark clashes with the government. Failing that I think they seek to create a human rights scandal and pressure Biden not to normalize relations with Cuba. Luckily, it’s not working.”

Solis openly supports Donald Trump and the US embargo against Cuba, which limits the island’s ability to import food, medicine, and petroleum, among other products. Such views isolate the group from ordinary Cubans, according to Pablo Menendez, a famous guitarist and leader of the band Mezcla.

“I don’t see them [the San Isidro movement] as a legitimate movement and don’t think they represent anybody but themselves,” Menendez says in an interview from Havana.

But the heavy-handed police action breaking up the hunger strike did anger some young Cubans. On November 27, young people gathered for a peaceful demonstration in front of the Culture Ministry.

Few Cubans had ever heard of San Isidro until the crackdown, says a Cuban woman working in tourism, who asked to remain anonymous because of the sensitivity of her job.

“I was very happy to see people protesting at the Culture Ministry,” she tells me from Havana. “It was great that people were brave enough to express their legitimate concerns.”

The San Isidro Movement was formed in 2018 by a small group of painters, musicians, and other artists. The group takes its name from the Havana neighborhood where the artists live. They held independent performance art events and organized exhibits, often provoking controversy with overt sexuality and desecration of the Cuban flag. They have claimed to be promoting freedom of expression in opposition to government censorship.

San Isidro is only the latest dissident group to gain international attention. In the past, human rights groups outside Cuba decried the fate of “freelance journalists,” “independent librarians,” and the Ladies in White, who called for the release of political prisoners while accepting cash from the US.

These movements often begin spontaneously, but US officials quickly manipulate the leaders to make sure the movements promote Washington’s solution: overthrow the Cuban government and bring to power a pro-US regime.

That often means promoting the most rightwing wackos as legitimate fighters for democracy. Solis, for example, expresses rightwing and homophobic views.

Prior to his arrest, he called an investigating policeman a “faggot,” and said “you take orders from a faggot.” That was in addition to shouting “Donald Trump 2020. That’s my president.”

If such dissidents seized power in Cuba, exactly what kind of “democracy” would they create?

Economic crisis and US meddling

The protests are taking place at a time of serious economic hardship in Cuba. While Havana implemented a highly successful anti-coronavirus medical campaign, the pandemic has devastated tourism and almost wiped out remittances from Cubans living abroad. On top of this, the Trump Administration intensified the unilateral US embargo against Cuba on September 23 by adding new restrictions.

In these circumstances, it’s not surprising that Washington seeks to stir up trouble. US diplomats have met with at least four San Isidro leaders. Timothy Zúñiga-Brown, the top US diplomat in Cuba, even drove San Isidro leader Anamely Ramos around Havana.

How do we know this? She posted a video with the charge d’affair driving.

That reminds me of how a previous top US diplomat in Cuba helped to fund a dissident. As I wrote in my book Dateline Havana, Martha Beatriz Roque, a prominent dissident in 2008, was receiving $1,500 a month from Santiago Alvarez, a Miami right-winger who had been arrested for stockpiling arms to overthrow Fidel Castro. He arranged to have the money delivered to US Interest Section Chief Michael Parmly at the Miami airport, according to emails and phone calls recorded by the Cuban government.

Parmly gave the money to Roque, acting in effect as a bagman for a rightwing Cuban. All the participants denied these accusations, but a US spokesperson confirmed the story in a roundabout way.

Asked about the Cuban recordings and emails, Thomas A. Shannon, then-assistant secretary of state for Western Hemisphere affairs, said, “assistance that moves from the US to Cuba under official auspices in this regard does so for humanitarian purposes.”

In case you don’t think history repeats itself, another rightwinger in Miami promised Solis $200 to support his work, according to Solis’s video confession broadcast by the government.

After word spread about the police action against the hunger strikers, young people gathered at the Culture Ministry on November 27, calling for “freedom of expression.” At its height, the sit-in numbered several hundred, according to a western journalist living in Cuba.

“Lack of freedom of speech is a problem in Cuba,” he tells me. “It hit a nerve, and they showed up.”

Some famous artists, including film director Fernando Pérez, attended. Thirty representatives of the demonstrators met for four hours with the vice minister of culture. They agreed to meet again to carry on the dialogue.

In the following days, the hard core San Isidro leaders composed an email to the Culture Ministry with ultimatums they knew the government wouldn’t meet. For example, they demanded a meeting with President Miguel Diaz-Canel.

“There were a bunch of inexperienced artists and a few hardcore leaders, hoping to light a match, to start a fire,” says the reporter.

Once again the US-backed dissidents want to spark clashes with the government. Failing that I think they seek to create a human rights scandal and pressure Biden not to normalize relations with Cuba.

Reese Erlich‘s syndicated column, Foreign Correspondent, appears every two weeks. His books include “The Iran Agenda Today: The Real Story from Inside Iran and What’s Wrong with US Policy” ­(2018) and “Inside Syria: The Backstory of Their Civil War and What the World Can Expect” (2016). See his website or follow him on Twitter: @ReeseErlich