“This action is not a change in U.S. policy,” said the Defense Department, which has been conducting an air and ground war in the East African nation since 2007. 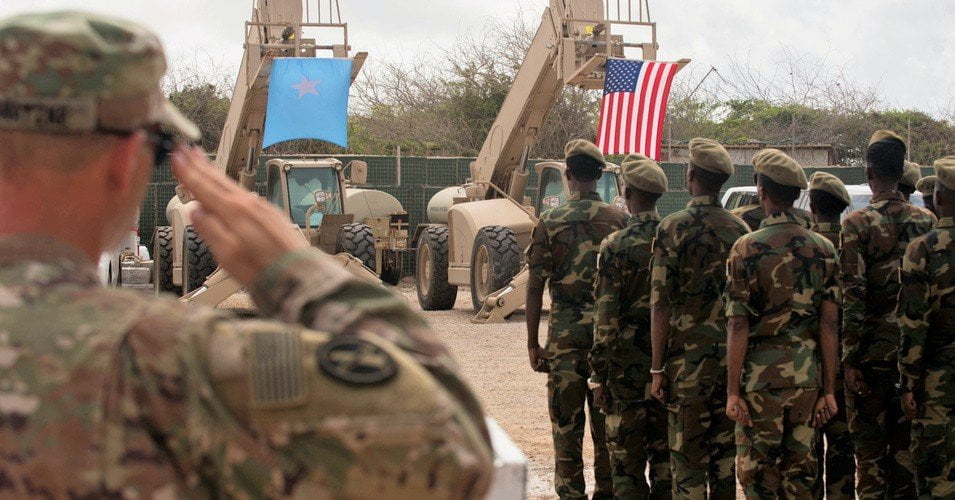 In a widely anticipated move, President Donald Trump has ordered almost all 700 U.S. troops deployed to Somalia withdrawn from the East African nation by early next year, the U.S. Department of Defense announced Friday afternoon.

According to the Pentagon, “this action is not a change in U.S. policy.”

Military action will continue, it said, in service of defeating militant extremists and ensuring a U.S. “strategic advantage in great power competition.”

Somalia has suffered from U.S. drone and other airstrikes, as well as ground raids by mostly Special Forces troops, since 2007, when former President George W. Bush expanded the so-called War on Terror to include the war-ravaged nation.

If the goal is to reduce unnecessary war and improve U.S.-Africa policy outcomes, then the U.S. must leverage every tool in its statecraft toolbox in order to do so. That means leading with diplomacy.

Both the air and ground operations have killed civilians. In July, Amnesty International said the U.S. has “carried out at least 189 air strikes in Somalia since 2017,” and that “in just nine of those airstrikes… 21 civilians were killed and 11 others were injured.”

Earlier this year, The Intercept reported that the U.K.-based monitor group Airwars has counted at least 71 and as many as 139 Somali civilians killed by U.S. strikes since 2007.

These deaths rarely make headlines in the U.S. corporate media. It was, however, widely reported in the mainstream media that a CIA officer and former Navy SEAL was killed in Somalia late last month during a raid targeting a suspected bombmaker for the al-Shabaab militant group.

The Pentagon’s announcement of the Somalia withdrawal came two days after Gen. Mark Milley, chairman of the Joint Chiefs of Staff, said the debate about how many U.S. troops to keep in the country was still ongoing.

A Washington Echo Chamber for a New Cold War