Published on
Saturday, October 24, 2020
by
Inequality.org 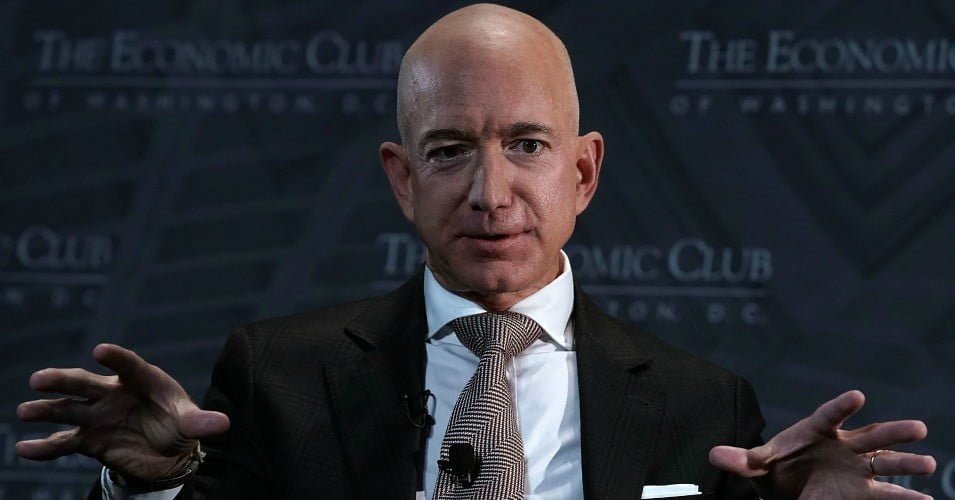 “We gave you the greatest, biggest tax cut in history!” crowed President Trump at a recent rally in Prescott, Arizona.

If that rally crowd had been packed with billionaires, they would’ve had good reason to applaud. But for ordinary working families, the 2017 Republican tax law is nothing to cheer about.

Trump’s tax cuts for the rich are a major factor in the stunning growth in U.S. billionaires’ wealth — even as millions of other Americans are suffering. The billionaire class enjoyed a 6.6 percent reduction in their top marginal income tax rate, leaving them with even more money to cash in on stock market gains spurred by the law’s 40 percent cut in the corporate tax rate.

America’s wealthiest reap the vast bulk of Wall Street rewards not just because they have a vastly larger ownership share (The richest 1 percent holds more than half of all stocks and mutual funds), but also because they can afford to hire investment managers with the technological advantages to run circles around Mom and Pop investors. 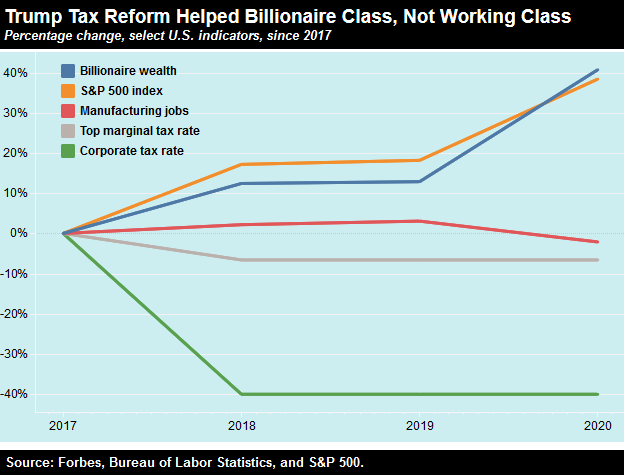 By contrast, ordinary working families saw only modest reductions in their IRS bills after the Trump reform. At the same time, many of them faced heightened job insecurity because of provisions in the Republican tax law that gave big companies an even bigger incentive to offshore U.S. jobs to lower-wage countries.

Under the new law, multinational corporations owe zero U.S. federal taxes on foreign profits up to a certain threshold. Above that level, they owe Uncle Sam a tax rate that’s just half of what they’d pay for domestic profits. As a result, many big corporations pocketed Trump’s tax break and then shipped thousands of jobs overseas.

Trump’s perverse, job-killing corporate tax incentive is one cause of the dismal growth in U.S. manufacturing employment in 2018 and 2019, the first two years of the Republican tax law. The number of these traditionally high-paying jobs increased only 3 percent during this pre-pandemic period.

Meanwhile, despite Trump’s trade war against China, U.S. corporations invested more in that country last year than in 2016, according to a recent report by the Institute for Policy Studies, Boston University’s Global Development Policy Center, and the Groundwork Collaborative.

As the Trump administration failed to control the pandemic, the painfully slow growth in manufacturing jobs turned into a freefall. By September of this year, 265,000 fewer Americans had jobs in this sector, compared to that month in 2017.

Of course you wouldn’t hear about any of this at Trump’s rallies. In that alternate universe, the myth still prevails that tax breaks for the wealthy are good for the rest of us.

Sarah Anderson directs the Global Economy Project of the Institute for Policy Studies, and is a co-editor of Inequality.org.