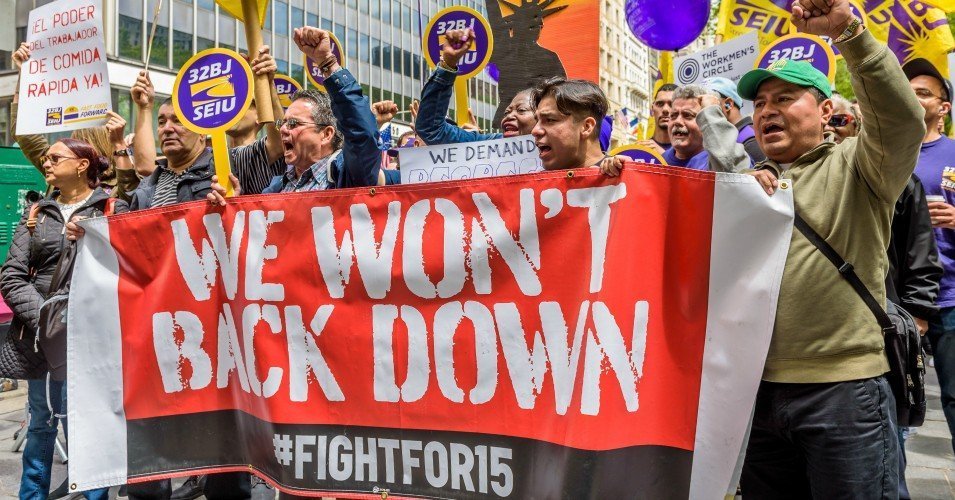 Sen. Elizabeth Warren on Sunday urged President-elect Joe Biden to use his executive authority to raise the minimum wage for all federal contract workers to $15 an hour on his first day in office, echoing a demand pushed by economists and progressive commentators as a way to substantially improve the lives of millions of low-paid employees.

“We need to raise the minimum wage to $15—and the Biden-Harris administration can do that on Day One for all federal contractors,” tweeted the Massachusetts senator.

While Biden has voiced support for raising the national minimum wage to $15 an hour, it is unclear whether such a move would garner sufficient support in Congress—particularly if Democrats fail to win both Senate runoffs in Georgia next month, a scenario that would leave Republicans in a position to continue blocking any proposed increase to the current minimum wage of $7.25.

But as Heidi Shierholz of the Economic Policy Institute (EPI) wrote for The American Prospect last month, “there is plenty that President Biden can do to support working people that doesn’t require Congress.”

Workers on those contracts (and subcontracts) do everything from building interstate highways to answering questions on Covid-19 safety measures at CDC call centers to cleaning federal buildings to caring for veterans receiving VA benefits to serving concessions at national parks. While the precise number of workers on federal contracts is unknown, estimates put the number at around five million.

The current federal contracting system leaves many of these contract workers facing low wages and poor working conditions. The contracting system prioritizes low prices for contracts for routine services in which labor costs make up the majority of the cost of the contract. This provides an incentive for contractors to cut corners with respect to worker pay and workplace safety.

In 2014, then-President Barack Obama signed an executive order raising the minimum wage to $10.10 an hour, with annual increases for inflation, for all workers on federal construction and service contracts.

EPI argued in a policy memo last month that the president-elect “should build upon the Obama administration’s action and raise the minimum wage for all federal contract workers—like nursing assistants, concession workers, and people serving food to our troops, many of whom are women, people of color, or immigrants.”

“This effort would both boost wages and help build momentum to the push for H.R. 582, the Raise the Wage Act,” EPI noted, referring to House-passed legislation that would hike the federal minimum wage to $15 per hour by 2025.

Biden needs to go well beyond repealing Trump’s bad executive orders—he has the power to assure that workers paid by federal contracts are a national model.–@hshierholzhttps://t.co/XlpQsgqxI1

Writing for The Intercept last month, Matthew Cunningham-Cook and Jon Schwarz noted that Biden will soon have the authority to enact sweeping changes—including but not limited to a wage hike for federal contract workers—that “would together add up to genuine material improvements in people’s lives.”

“As president,” Cunningham-Cook and Schwarz wrote, “Biden will be able to mandate overtime pay for many more Americans; force businesses to implement protections from Covid-19 for their workers; require government contractors to pay a $15 minimum wage; and much more, no matter what current Senate Majority Leader Mitch McConnell (R-Ky.) does.”