“We all should be paying more attention to the killing spree that the Justice Department is currently engaging in.” 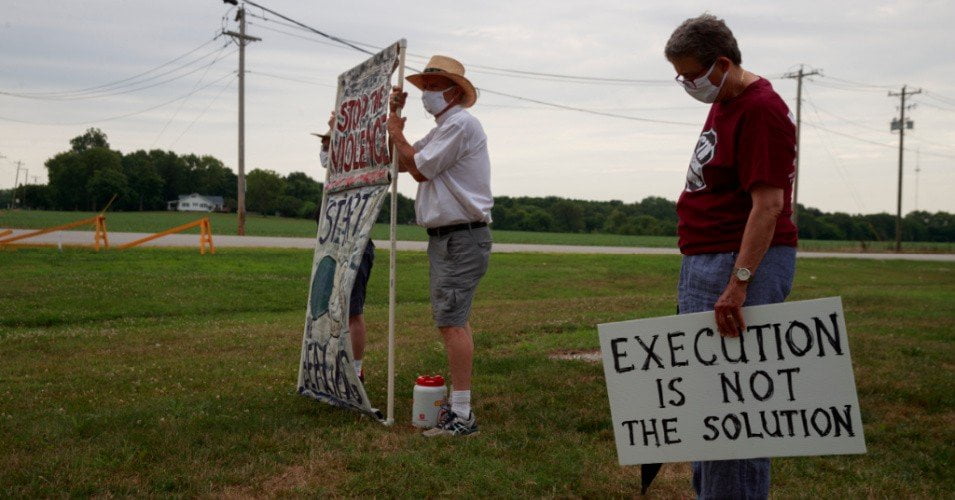 Two months before President-elect Joe Biden is set to take office and halt the use of the federal death penalty, President Donald Trump’s Justice Department on Friday evening announced it plans to execute three more death row inmates in addition to three whose state-sanctioned killings were already planned for the coming weeks.

The announcement came a day after the execution of Orlando Hall—the first American to be put to death by the federal government by a lame-duck administration in more than a century.

There will never be a day when the death penalty is anything other than utterly cruel and barbaric.

But this execution is made particularly horrific by the fact that Orlando Hall is the first person to be executed by a lame-duck administration in over one hundred years. https://t.co/zliC3e78QU

After reviving the use of the federal death penalty this past summer, if the planned executions go forward, Trump will have overseen 14 executions in seven months. Previously, the federal government had not put any inmates to death in 17 years.

Anti-death penalty advocates in recent weeks have demanded that the federal government halt the executions of Hall, Lisa Montgomery, and Brandon Bernard. As Common Dreams reported earlier this month, Montgomery’s lawyers say she was experiencing psychosis linked to a lifetime of sexual and physical abuse when she killed a woman in 2004. More than a thousand child advocates, mental health experts, and anti-sex trafficking campaigners have called on Trump to commute her sentence.

Four Democratic lawmakers this month also demanded that the administration cancel the executions in light of the fact that Trump will only be in office until January and American voters this month decisively chose to elect an anti-death penalty president instead of him.

“While you will remain in office for a few more weeks, going forward with executions in the weeks before the new administration takes office would be a grave injustice,” they wrote.

Montgomery was scheduled to be killed on December 8, but a judge this week ordered that her execution be delayed until at least December 31 after her attorneys contracted Covid-19 and were unable to represent her.

If Trump’s plans proceed, two of the men newly scheduled to be put to death will be executed less than a week before Biden takes office. Two of the inmates, Corey Johnson and Alfred Bourgeois, have intellectual disabilities according to their attorneys, and one of them, Dustin John Higgs, maintains that his co-defendant was the sole gunman in the murder he was convicted of committing.

“We all should be paying more attention to the killing spree that the Justice Department is currently engaging in, fitting in all the federal executions that it can before Joe Biden is inaugurated in January,” tweeted journalist Jamil Smith.

We all should be paying more attention to the killing spree that @TheJusticeDept is currently engaging in, fitting in all the federal executions that it can before @JoeBiden is inaugurated in January. The death penalty must end, everywhere and forever. https://t.co/M3gI9UHLZa

AG Barr just set three more federal execution dates in addition to the two already scheduled in December. The federal government just executed Orlando Hall last night. If Barr gets his way, six people will be executed between Election Day and Inauguration Day. This is a disgrace.

“This is a disgrace,” wrote anti-death penalty advocate Sister Helen Prejean of the administration’s plans.