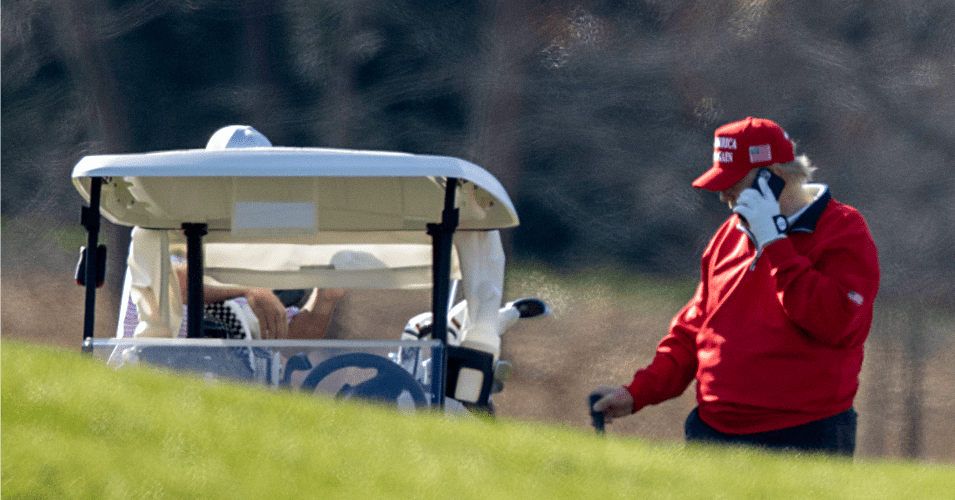 Will Feuer at CNBC reports that Joe Biden will invoke the Defense Production Act to ramp up the manufacture of more doses of the coronavirus vaccine.

You may ask yourself, why has this not already been done?

Trump said on December 9 that he “might” invoke the Korea War-era act, which allows the US government to direct companies to produce urgently needed goods necessary to national security. The US government pays the companies to do this, so it isn’t socialism and doesn’t involve a government take-over. It just delays receipt of other goods by other customers.

“He really doesn’t care. He is off golfing in Mar-a-Lago at taxpayer expense and didn’t bother to sign the new Covid relief bill until Monday, which will cost unemployed workers $300 of lost support each.”

Trump has repeatedly said he is reluctant to invoke the act because it is socialist in character and would make us like Venezuela. He did use it to compel GM to produce ventilators last spring, paying $489 million for 30,000 ventilators. It was a relatively minor use of the act given the scale of the national emergency.

The Pentagon, by the way, uses the National Production Act all the time ( hundreds of thousands of times under Trump) to muscle aside other customers and jump to the front of the queue in receiving orders it contracted for. Trump was all right with that militaristic use of the NPA. But God forfend he should go socialist for the sake of saving lives.

I think that by now, we may conclude that Trump really just doesn’t care, as his wife Melania’s notorious jacket once proclaimed. The Trump administration bought 100 million doses of the Pfizer vaccine last summer, which will cover 50 million Americans. We need to inoculate about 240 million to get herd immunity. Trump was offered the opportunity in August to buy another 100 million doses from Pfizer, and turned it down.

He really doesn’t care. He is off golfing in Mar-a-Lago at taxpayer expense and didn’t bother to sign the new Covid relief bill until Monday, which will cost unemployed workers $300 of lost support each. Andy Kiersz at Business Insider estimates that altogether, this will amount to billions stolen from them. Because Trump was in a snit that some Republican senators broke ranks with him and dared say out loud that he lost the election.

Trump’s policies are the reason those people are still unemployed. His refusal to implement a national coronavirus response has let the virus run wild, causing multiple shut-downs that have kept the economy anemic. Countries with actual working governments like South Korea and Germany haven’t had nearly the same problem, and China is actually growing 2% this year (under Trump, the gross domestic product will shrink 3.5%).

So first he put them out of work. And then he snatched $300 away from them by missing the Saturday-at-midnight deadline to sign the bill, which put off those benefits an extra week. Since the bill specifies a date in March when they will cease, losing a week could mean the money meant to cover that week is permanently unavailable.

The longer it takes the US to vaccinate the magic number of 240 million Americans, the longer those people are going to be unemployed, and in need ideally of much more than $300 a week.

Juan Cole teaches Middle Eastern and South Asian history at the University of Michigan. His newest book, “Muhammad: Prophet of Peace Amid the Clash of Empires” was published in 2020. He is also the author of  “The New Arabs: How the Millennial Generation Is Changing the Middle East“ (2015) and “Napoleon’s Egypt: Invading the Middle East” (2008).  He has appeared widely on television, radio, and on op-ed pages as a commentator on Middle East affairs, and has a regular column at Salon.com. He has written, edited, or translated 14 books and has authored 60 journal articles.