We cannot afford an old-school agriculture secretary who maintains today’s disastrous status quo when the job calls for a bold change agent. 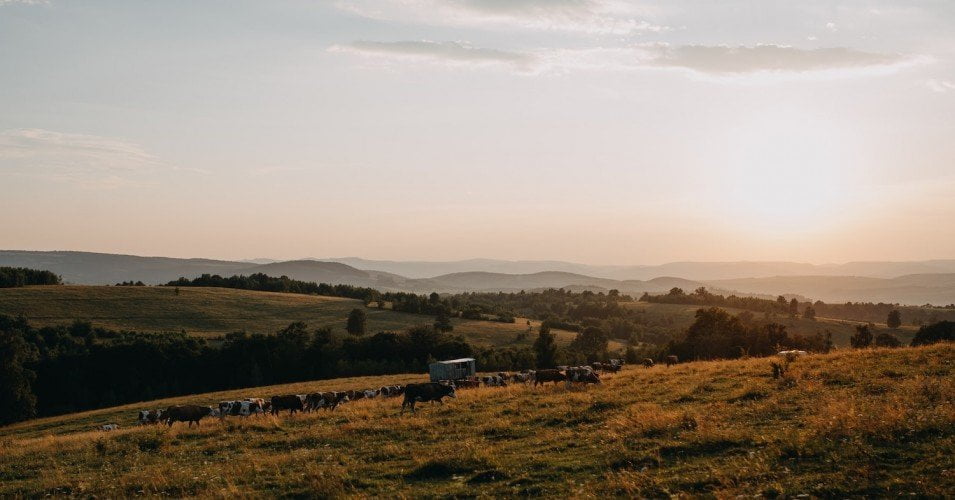 Running the USDA is a huge responsibility: with its US$120 billion budget and roughly 100,000-strong staff, the agency oversees the nation’s farming, nutrition, and food assistance programs and policy— how our food supply is produced and consumed, and by whom. (Photo courtesy of Barna Kovács, Unsplash)

As president-elect Joe Biden weighs agriculture secretary candidates to steer America’s food and farming policies, an important question looms: will his pick reflect his ambitious goals to reduce greenhouse gas emissions and make agriculture more sustainable and socially just? Or, will he bow to pressure from agribusiness and corporate interests, and choose a conservative throwback like former North Dakota Senator Heidi Heitkamp, who voted with Trump nearly 70 percent of the time, and who Trump nearly picked for the job in 2017?

Heitkamp’s record reveals a staunch defender of yesterday’s status quo, of industrial agribusiness and fossil fuels, rather than the change that’s needed for our times. To create forward-looking policies to sustain our food system, Biden should consider a much better alternative who has publicly expressed interest in the job: Rep. Marcia Fudge (D-Ohio). Fudge, who has the backing of the Congressional Black Caucus, and serves as Chair of the Nutrition Subcommittee on the House Agriculture Committee, is a long-time advocate for nutrition programs, food workers, family farmers and the environment.

More than 150 groups oppose nomination of Heitkamp for USDA secretary

In stark contrast, Heitkamp’s legislative record is so troubling that more than 150 groups across the nation have signed a letter urging Biden to withdraw her name from consideration: “Heitkamp is the wrong choice for the U.S. Department of Agriculture (USDA) because she has aligned herself with corporate agribusiness against small farmers, supports fossil fuel interests and holds conservative views that are out of step with the Democratic Party and the majority of Americans.”

Running the USDA is a huge responsibility: with its US$120 billion budget and roughly 100,000-strong staff, the agency oversees the nation’s farming, nutrition, and food assistance programs and policy— how our food supply is produced and consumed, and by whom.

We cannot afford an old-school agriculture secretary who maintains today’s disastrous status quo when the job calls for a bold change agent. Industrial farming generates at least 10 percent (likely more) of this country’s greenhouse gas emissions, while degrading our air, water and soil resources. We need a leader who’s serious about making our food system more sustainable and resilient. The next agriculture secretary must also create real economic opportunities for small and mid-scale farmers and rural communities that have been decimated by increasing corporate concentration and control over the food system.

President-elect Biden has made his aims clear: significant new investments in conservation and sustainable farming practices, to achieve “a 100 percent clean energy economy and net-zero emissions no later than 2050.” While that’s not nearly fast enough, it’s mission critical for human survival.

As farmers struggle with climate havoc, economic turbulence, and resource depletion from decades of industrial agriculture, America needs an agriculture secretary who can deliver on Biden’s plan to make farming more resilient and climate-friendly, economically viable, and sustainable by expanding investments in conservation and regional food systems. She also must stand up to powerful agribusiness interests that dominate the agency, and which have for decades blocked progress toward a more humane, healthy, equitable and sustainable food system.

With her deep ties to agribusiness and the fossil fuel industries, Heitkamp is the wrong person to steer today’s agriculture away from energy-intensive industrial monoculture and factory farming toward diversified regenerative farming that will be critical for meeting Biden’s climate goals.

As the coalition opposition letter explains, “Heitkamp has accepted tens of thousands of dollars in donations from giant agribusiness companies including Bayer-Monsanto, Archer Daniels Midland, Syngenta and Cargill.”

As a Senator who received more than US$600,000 from fossil fuel interests, Heitkamp was a reliable defender of fossil fuels—voting with Republicans to block a carbon tax bill in 2013; attacking the Obama administration’s efforts to limit emissions in new power plants; and leading an effort to lift a 40-year ban on U.S. oil exports. Heitkamp’s support for expanding drilling on public lands and construction of the Keystone and Dakota Access gas pipelines, against the interests of the Standing Rock Sioux Tribe in her state, seal her legacy as an anti-environment senator who received the second lowest lifetime rating among Democrats from the League of Conservation Voters at the time she left office.

On another major Biden goal, expanding conservation and boosting agricultural sustainability and resiliency, Heitkamp’s record again indicates she would fail to deliver. In 2013, she tried (but failed) to block long-standing conservation provisions in the Farm Bill that require certain farmers receiving subsidies to implement basic conservation practices. In 2018, she cosponsored legislation to exempt factory farms from reporting on their toxic air pollutants that endanger nearby communities.

Heitkamp is no friend to family farmers. She helped spearhead  the 2018 Farm Bill, which widened loopholes for wealthy mega-farms to exploit subsidies—“allowing the biggest farms to keep growing and gobble up smaller and midsized operations that are so critical to the wellbeing of rural communities,” Farm Aid reported.  Heitkamp further alienated small and mid-scale farmers by sponsoring a Farm Bill amendment to expand the Check Off program that collects mandatory fees from farmers and ranchers, money that often ends up in the pockets of industrial agriculture groups.

Representative Fudge would champion social justice and the environment

Biden’s laudable goals deserve a champion who has a record of taking on powerful interests in the name of ecological sustainability and social equity. Instead of Heitkamp, who has no record of fighting for these values, Fudge coauthored the Safe Line Speeds in COVID-19 Act, “to protect worker, food, and animal safety at meatpacking plants during the COVID-19 pandemic.” While Fudge has strongly defended food stamps and nutrition aid for the poor, Heitkamp voted in 2013 to kill an amendment to protect these funds by reining in corporate crop insurance subsidies. And as Politico reported, Fudge has been a strong proponent of boosting USDA’s conservation programs, leading a push during the 2018 farm bill to protect water quality from agricultural runoff and improve soil health.” Her strong environmental record has earned her a 93 percent rating from the League of Conservation Voters.

As the first African American woman to serve as agriculture secretary, and a persistent advocate for underserved farmers, Rep. Fudge would bring a strong focus on justice and increased resources for America’s black farmers, who have been deeply harmed by USDA’s racist history and continue to suffer from discriminatory practices that persist in the agency today.

President-elect Biden has pledged many commendable goals: to confront our climate crisis head-on; to expand sustainable agriculture and conservation; to create a cabinet that reflects the race and gender diversity of his campaign. On all these counts, Biden should reject Heitkamp’s bid, and choose Rep. Marcia Fudge to lead our nation’s food and farming policies toward a more sustainable and socially equitable future. If you agree that Heitkamp is the wrong choice for the job, sign our petition.

Christopher D. Cook is an award-winning journalist and author of “Diet for a Dead Planet: Big Business and the Coming Food Crisis.” Cook has written for Harper’s, The Economist, Mother Jones, The Christian Science Monitor, Common Dreams and elsewhere. See more of his work at www.christopherdcook.com.

Recognize What This Is: A Final Attempt of a Desperate, Bitter Man to Cling to Power
More in:
Climate, U.S.
,
Food, Agriculture, USDA, Joe Biden, Fossil Fuels