“Reminder that Louis DeJoy still needs to be fired.” 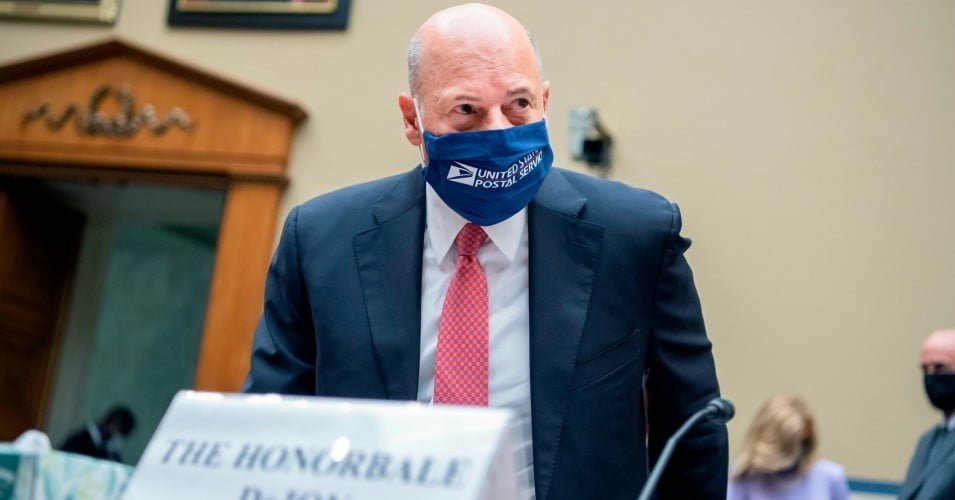 Postmaster General Louis DeJoy arrives to testifiy during a House Oversight and Reform Committee hearing on slowdowns at the U.S. Postal Service ahead of the November elections on Capitol Hill in Washington, D.C. on August 24, 2020. (Photo: Tom Williams/Pool/AFP via Getty Images)

CBS News reported Friday that the Postal Service “will pay XPO $3.3 million annually to manage its route between the two cities, which are roughly 700 miles apart.”

“The USPS database shows the contract has one of the highest annual rates out of more than 1,600 contracts the Postal Service initiated with outside firms in its most recent quarter, which is the first full quarter DeJoy has served as head of the agency,” according to CBS.

Under pressure from Democratic lawmakers and ethics groups, DeJoy—who was a top executive on XPO’s board before leaving the company in 2018—belatedly agreed last week to divest from XPO, in which he held between $30 and $75 million worth of stock. As CBS noted, the logistics company “still pays DeJoy about $2.3 million a year in rent and expenses for 220,000 square feet of office space he controls in his home state of North Carolina. XPO’s lease agreements for DeJoy’s properties run through 2025.”

“This epic level of corruption is hurting the seniors and disabled veterans who rely on medicines by mail,” advocacy coalition Lower Drug Prices Now tweeted in response to news of the XPO contract, which was negotiated in August and disclosed by USPS earlier this month.

Reminder that Louis DeJoy still needs to be firedhttps://t.co/Df1bmjvKT0

As Citizens for Responsibility and Ethics in Washington (CREW) researcher Meredith Lerner wrote last week, “DeJoy’s initial decision to retain his interest in [XPO Logistics] relied on an explanation from a USPS ethics official that divestiture was not necessary because DeJoy would not make decisions affecting the company’s contracts with USPS.”

“While it is undoubtedly a good thing that DeJoy has agreed to divest his stake in XPO,” Lerner wrote, “his delayed divestiture will not absolve him of possible conflict of interest violations related to the company that he may have committed in the months that he worked at USPS while retaining a significant interest in the company.”

Trump and the GOP Don't Care About Your Grandchildren
More in:
U.S.
,
Louis DeJoy, US Postal Service, Donald Trump, Corruption