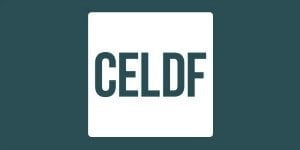 Suit comes weeks after a well failure by the company in the Township, and as industry ratchets up opposition to Rights of Nature nationwide.

‘The fossil fuel industry is terrified the tactics taken in Grant Township are spreading.’

WASHINGTON – Last Wednesday, Pennsylvania General Energy Company (PGE) sued Grant Township in federal court – for a second time – to overturn the community’s law banning frack waste injection wells. The law, drafted with assistance from the Community Environmental Legal Defense Fund (CELDF), includes language recognizing the rights of local ecosystems and was democratically adopted by over 70% of Township voters in 2015. Injection wells threaten drinking water, cause earthquakes, and have been shut down in states such as Ohio and California. The PA Department of Environmental Protection (DEP) also sued Grant Township in 2017, making last week’s filing the third lawsuit to be filed against the Township (pop. 700) for trying to protect its drinking water.

Jon Perry, Chairman of the Grant Township Board of Supervisors, said, “So here we go again. PGE throwing another lawsuit at us to try to bring us to heel, when our community has overwhelmingly said ‘hell no’ multiple times. PGE tried but couldn’t sell this well during this time of economic ruin, and so instead has delivered our community a Christmas present that blames our valid local law for its problems and is suing us again.”

In March 2020, the DEP cited the law as valid in a decision denying PGE a permit to inject waste. PGE is still appealing that decision, and its filings have revealed that the company has been trying to sell the well.

Meanwhile, less than two months ago, in October, a conventional gas well that PGE operates in the Township failed, and has now been shut down and plugged. Dozens of dump containers were filled with contaminated soil and hauled away. At no point did the DEP or PGE notify Grant Township officials of this. That site is less than a mile from the proposed injection well.

Chad Nicholson, CELDF organizer in Pennsylvania, said, “The fossil fuel industry is terrified the tactics taken in Grant Township are spreading. This community continues to act as a lighthouse in a raging storm made up of oil and gas corporations, state permitting agencies, and enabling courts that have crashed down on them for over five years. Yet they remain standing, protecting their own community. They serve as both a warning signal to other communities, as well as a beacon of hope and courage to those who wish to fight back. We at CELDF are proud to continue to stand with them in their fight to protect their water and their community.”

PGE’s actions come as the fossil fuel industry and sympathetic state legislators continue to ratchet up their opposition to Rights of Nature nationwide. On December 1, 2020, the American Petroleum Institute, perhaps the most influential fossil fuel lobby in the nation, filed a brief in opposition to a federal civil rights case brought by CELDF, in defense of local Ohio communities’ right to vote on qualified Rights of Nature laws. Also on December 1, 2020, a bill (HB 54), to try to ban Rights of Nature in the courts, was introduced in the Missouri House of Representatives, continuing a national trend.

The Community Environmental Legal Defense Fund is a non-profit, public interest law firm providing free and affordable legal services to communities facing threats to their local environment, local agriculture, local economy, and quality of life. Its mission is to build sustainable communities by assisting people to assert their right to local self-government and the rights of nature.