TokyoProgressive takes no position on the eating of whales. However, we respect the writers of this article, who call out the Japanese government for hypocrisy on the issue. -Ed. 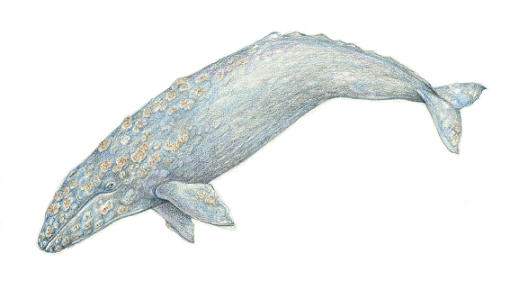 On October 6th 2015, it came to light that the government of Japan sent a notice to the UN stating that it would amend its declaration to abide by the compulsory jurisdiction of the International Court of Justice (ICJ). According to the notice, Japan will no longer accept lawsuits pertaining “any dispute arising out of, concerning, or relating to research on, or conservation, management or exploitation of, living resources of the sea.” This is Japan’s strategy to avoid having further lawsuits filed by other countries through the ICJ against its new research whaling plan (NEWREP-A) that it plans to implement this year.
The ICJ ruled in March 2014 that Japan’s research whaling program (JARPAII) was not designed for the purposes of scientific research, prohibiting Japan to grant any permit to implement the program. In response to the court decision, Japan put together NEWREP-A, which is planned to launch this November. This new plan is the same plan that the expert panel of the International Whaling Commission concluded this January did not demonstrate the need for lethal sampling. This report was further supported by 44 scientists at the IWC Scientific Committee held in May.
It is easy to surmise that the government recognized the possible illegality of this new program against international laws, and in order to avoid having challenged further at the ICJ over NEWREP-A it decided to amend its declaration to abide by the jurisdiction of the ICJ. In this new program, the research area has been expanded and 333 minke whales are planned to be caught annually, adding up to about 4000 whales total over the 12-year period.
Resumption of commercial whaling is the objective of Japan’s research whaling. However, the whaling industry that once existed is no longer interested in restarting an unprofitable whaling business in the Antarctic. The demand for whale meat is limited in Japan, and the current system for supplying whale meat cannot operate without government subsidies.
The initial government subsidy to research whaling at the onset of the program was 500 million yen. The amount is increasing every year, and the current amount is 3.1 billion yen. Not only this, but it also received an additional 4.5 billion yen last term, from the Fisheries Agency under the grant program called “Profitable Fisheries” designed to “vitalize Japan’s fisheries.” These large sums of tax payers’ money were spent presumably to help the deficit-laden Institute of Cetacean Research, the main body in charge of implementing the research, which is suffering from the shrinking market for whale meat.
It is very clear that any operation that requires going out to distant international waters does make a good business plan.
One of the biggest problems discussed at various international organizations such as the UN is the critical state of the ocean. The oceans and seas cover 70% of the earth, circulating water, moderating the climate, providing food and more, making them vital to human existence. However, the same oceans and seas are now faced with drastic changes due to problems such as acidification, pollution, and overfishing, including illegal fisheries. Sharing a sense of urgency, many countries are now concerned about how to return the ocean to a healthier state, making these issues international.
Our country Japan is surrounded by the ocean, and has been thriving due to the wealth of the sea. The health of the ocean then must be the utmost concern to us, more so than most countries. However, despite the fact that Japan is responsible for many cases of decline in marine resources, the government has failed to address these issues.
We, the citizens of Japan, cannot dismiss such an announcement by the government like the one made to the UN last month that ignores international agreements.
We strongly demand that the government of Japan retracts the amendment to its original declaration as soon as possible, and do not start any new research whaling programs.
Sign:
All Life In Viable Environment(ALIVE)
Animal Rights Center
Choices for Tomorrow (CFT)
Circle of Life
Citizens Against Chemicals Pollution
Citizen’s Nuclear Information Center
FoE Japan
Greenpeace Japan
Iruka&Kujira(Dolphin & Whale) Action Network
JELF(Japan Env’tal Lawyers Federation)
Japan Civil Network for the United Nations Decade on Biodiversity(JCN-UNDB)
Japan Tiger and Elephant Fund(JTEF)
Japan Wildlife Conservation Society
PEACE （Put an End to Animal Cruelty and Exploitation）
Ramsar Network Japan
Voice for Zoo Animals