Our Next Attorney General Must Boldly Set a Course Toward Justice

Black people showed up for Biden; now we need an attorney general who will show up for us. 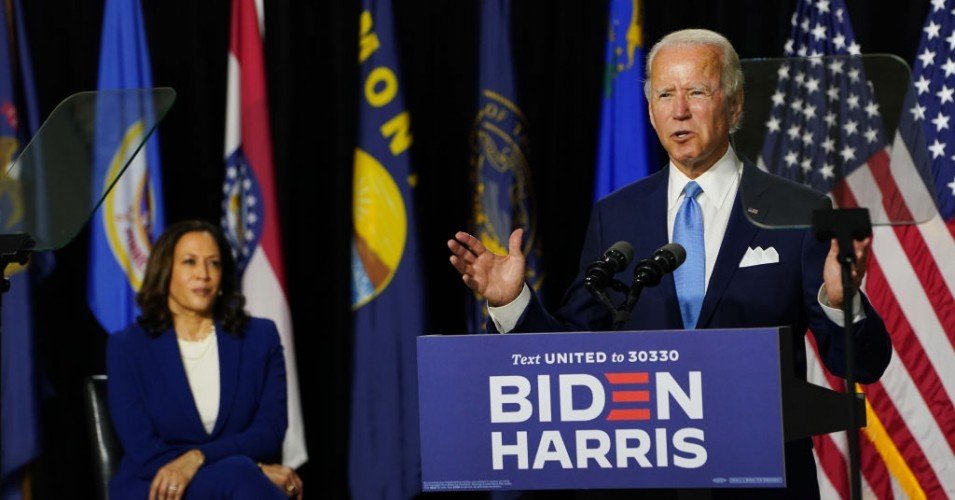 President-Elect Joe Biden and Vice President-Elect Kamala Harris have both struggled to answer for their histories of promoting “tough-on-crime” policies which have harmed Black and brown communities across the country. Who they now appoint as our next Attorney General will set a national precedent on what justice means in this country over the next four years.

This appointment is an opportunity to reimagine what our justice system can look like in a moment of nationwide racial reckoning. It will define how boldly our next President and Vice President will – or won’t – deal with social challenges in our criminal-legal system, and its legacy of harm.

My dad was one of the many victims of the “tough-on-crime” justice system President-Elect Biden and Vice-President-Elect Kamala Harris once promoted. He raised himself from the age of twelve in Brooklyn, New York and Seaford, Delaware during the height of the crack epidemic.

“The United States Attorney General can play a vital role in the fight for racial equity. Our criminal-legal system has disproportionately attacked Black Americans since its creation, with very few efforts made to fix it.”My father sold drugs in order to eat, then ended up incarcerated as a child. There was no restorative justice approach at that time to help a parentless child like him — society’s only answer was punishment.

Instead of supporting young Black boys like my dad, and investing in their communities, Joe Biden – my dad’s Senator at the time – and other Democrats pushed a one-size-fits-all, “tough-on-crime” justice system, one that viewed children as dangerous and needing to be “taken off the street.”

My dad never was, nor is, dangerous. After incarceration he worked, raised six kids, coached every single sports team, went back to school, and devoted himself to supporting children who struggled like him. Yet even after my dad turned his life around, the criminal-legal system found ways to ensnare him.

My dad finally was freed from the “tough-on-crime” system thanks to a prosecutor who realized he was a leader in his community, and served more of a purpose in the community, not in prison.

The United States Attorney General can play a vital role in the fight for racial equity. Our criminal-legal system has disproportionately attacked Black Americans since its creation, with very few efforts made to fix it.

Black activists and Black-led organizations played a decisive role in electing Biden and Harris. They carried this election over the finish line in key states such as Michigan, Wisconsin, Pennsylvania, and are still leading the work in Georgia. It’s time for President-Elect Biden to follow their lead in selecting an Attorney General who reflects what restorative justice looks like in the Black Lives Matter era.

The incoming Attorney General can learn from the growing number of real-life examples of restorative justice in practice, and their success. Across the country, progressive county prosecutors — some elected as a result of People’s Action member groups’ electoral work — such as Larry Krasner (Philadelphia, PA), Kim Foxx (Chicago, IL), and George Gascón (Los Angeles, LA) — show what a restorative justice approach could look like. They have adopted  progressive policies rooted in transformational change, centered around police accountability, decarceration, and harm reduction.

We need more prosecutors nationwide who, like Krasner, Foxx and Gascón, will serve as the People’s Attorney. Our nation’s Attorney General should embody this forward vision, too. Now is not the time to name one more corporate lawyer or aggressive prosecutor as Attorney General. Individuals who have a record of fighting police accountability efforts, bail reform, strict law and order policies, and stealing community funds to bloat police budgets should be disqualified for this position.

Our next Attorney General must be a change leader who will transform today’s criminal-legal system into a true Justice Department that will embed equity and fairness in their policies, and begin to repair the harms of the past.

My dad’s start in life is not unique, but his achievement is. With the current injustice system we have in place in this country, he should not be the man he is today: a college student, a grandfather, raising four foster children, and a volunteer for local Democratic efforts.

My dad is lucky. He met an uncommon prosecutor with grace and compassion who could see that my dad played a significant role in his community as a leader.

This summer, Black activists and community leaders took to the streets to demand that our state prosecutors and elected officials recognize us as the valuable community members we are, rather than treat us as criminals.

We are still fighting the same system that did my father wrong. We need an Attorney General to put an end to a criminal legal system that prefers to invest in the destruction of communities, the murder of innocent black men and women, and creates an unequal system, one for the rich and one for the rest of us.

Jodi Risper is the Movement Politics Director of Citizen Action New York, a member group of People’s Action. Jodi is also a part of People’s Action’s Federal Strategy Council / Brain Trust, helping to orient the network towards its relationship with the new Administration, the transition, and first 100 days. As an African-American woman who grew up with her father incarcerated for a period, the Biden-Harris “tough on crime” policies of the past are personal.