“Now, the government is doing even more to help hate groups by handing them millions of dollars in forgivable loans.” 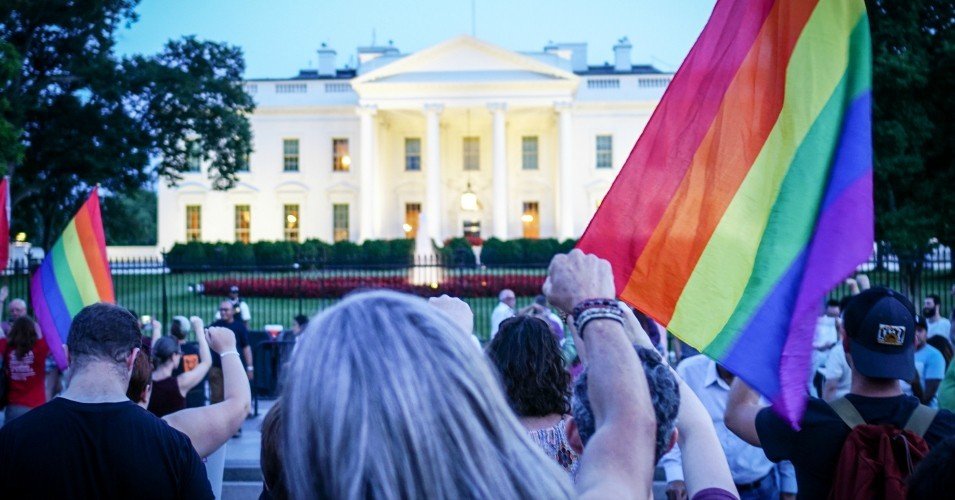 After nearly four years of sustained attacks by the Trump administration on the rights of lesbian, gay, bisexual, transgender, and queer individuals, an NBC News analysis of federal government data revealed Saturday that anti-LGBTQ businesses, nonprofits, and schools got millions of dollars in coronavirus pandemic relief money—including designated hate groups.

In response to the findings, SPLC senior research analyst Cassie Miller, slammed the Trump administration for “letting millions of Americans and small businesses suffer” while giving “financial support to groups that tear at the fabric of our democracy.”

“Extremist movements thrive in climates of political uncertainty,” Miller told NBC. “Now, the government is doing even more to help hate groups by handing them millions of dollars in forgivable loans.”

Another #PPProblem: Why are these orgs receiving your tax dollars???
“Anti-gay nonprofits, businesses received millions in Covid-19 PPP aid”https://t.co/FUDiMdqqiN via @nbcnews

About $1.4 million of the payroll assistance went to the American Family Association, which “says it promotes ‘traditional moral values’ in media,” according to the SPLC. “A large part of that work involves ‘combating the homosexual agenda’ through various means, including publicizing companies that have pro-gay policies and organizing boycotts against them.”

Liberty Counsel, which the SPLC describes as “a legal organization advocating for anti-LGBT discrimination under the guise of religious liberty,” got $428,000 in relief money.

“At least four other organizations that received Paycheck Protection Program funding—Concerned Women for America, Dr. James Dobson Family Institute, Family Leader, and First Liberty Institute—have a demonstrated track record of anti-LGBTQ advocacy or espousing an anti-LGBTQ ideology, though they have not been designated ‘hate groups’ by the SPLC,” NBC noted. “These organizations received nearly $2 million in pandemic relief money combined.”

While the entities in question either pushed back against the characterizations by the SPLC and others or didn’t respond to NBC’s requests for comment, critics called the PPP revelations “ridiculous,” “shameful,” and “unconscionable,” with Miller accusing the federal government of “sponsoring taxpayer-paid hate.”

The PPP has also faced criticism for rampant fraud issues and for giving money to corporate polluters. A report released this week by Bailout Watch, Public Citizen, and Friends of the Earth found that “the fossil fuel industry received between $10.4 billion and $15.2 billion in direct economic relief from federal efforts under President Donald Trump.”

That total includes “$4.3 to $9.1 billion in forgivable loans to at least 25,931 companies through the Small Business Administration’s Paycheck Protection Program,” the report says. “The exact sizes of some loans were not disclosed.”