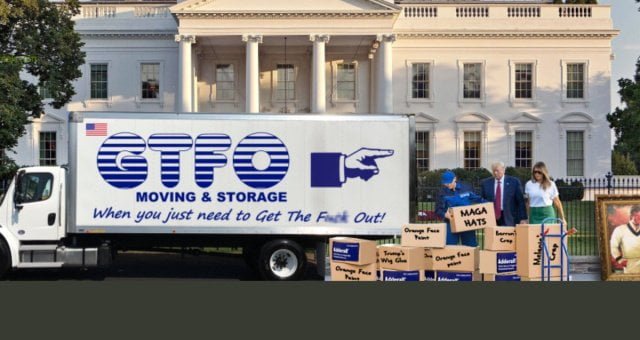 Whew. Even a right-wing Supreme Court has confirmed Trump truly is The Biggest Loser, unanimously rejecting the gonzo, long-shot, Texas-led, MyPillow-endorsed bid by multiple “authoritarian yahoos,” aka spineless sycophants masquerading as GOP state attorneys general, to overthrow the will of the people in our fraught presidential election. The court’s denial came in response to the argument by indicted-and-pardon-seeking Texas A.G. Ken Paxton that millions of mailed votes in Georgia, Pennsylvania, Michigan and Wisconsin somehow abused Texans’ rights by going to the guy who isn’t a narcissistic sociopath. Another 17 GOP A.G.’s joined the fever-dream of a suit; they were swiftly dubbed the Seditious Seventeen, “names that will live in infamy,” by the Lincoln Project, which helpfully published all their contact info. Also joining the madness was Trump, Mr. Hopeful Coup d’Etat himself, fresh off his – what is it now? – 55 desperate but still lost court cases. The four states named had already stood up for themselves, ripping the “cacophony of bogus claims” with “no basis in law or fact”; they were joined by 23 Dem-led states, thus outnumbering, once again, the crazies.

The Court’s rejection Friday night was unsigned, but issued with no public dissents, suggesting that even the drunken rapists, anti-choice zealots and middling intellects Trump painstakingly put into power in hopes they’d save him from himself were unwilling to overturn the central concept of democracy – that we the people choose our leaders. The Court denied the bid for “lack of standing,” arguing Texas failed to demonstrate “judicially cognizable interest in the manner in which another State conducts its elections.” Justices Samuel Alito and Clarence Thomas objected only to the notion the Court didn’t have jurisdiction, but said they still “would grant no other relief.” The decision would have been expected in anything approaching a normal universe, but given this isn’t, it was gratefully, gleefully welcomed under the trending hashtag #SupremeLoserTrump. SCOTUS’ clear message to the incessant tantrum-thrower: “Stop.” Also, start packing your filthy bags. The Electoral College will convene Monday to affirm Biden’s win. “From a legal perspective,” said CNN Supreme Court analyst Steve Vladeck, “the fat lady has sung.” She was happily joined by the Von Trapp family: “So long, farewell, auf Wiedersehen, goodbye/Goodbye, goodbye, goodbye/ Goodbye!” Finally. 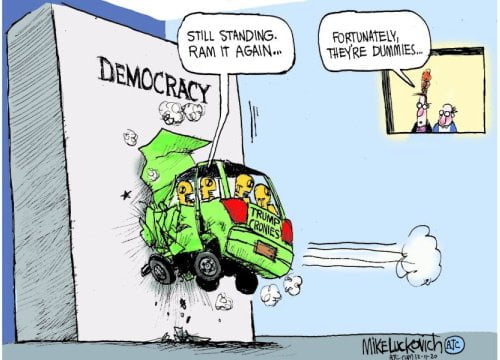 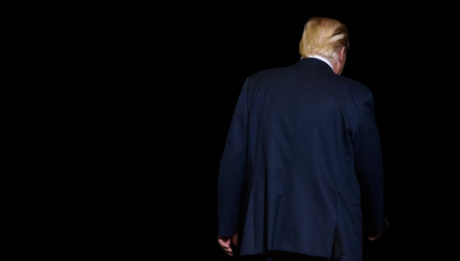 The Biggest Loser: He Who Refuses To Be Dragged From Office