The state of South Australia is the future. For one hour, on October 11, all of its electricity was generated by solar power, the first time this feat was achieved by any major jurisdiction in the world. So reports Richard Davies of the Australian Broadcasting Corporation. October is a spring month in Australia.

The news comes as the International Energy Agency reports that solar plants are now the cheapest kind of electricity plants to build worldwide. So writes Caroline Delbert at Popular Mechanics. The cost to build a solar plant is now less than for any other sort of energy, primarily because inexpensive financing for such projects is now available. The financial success of solar farms, the rapid decrease in the cost of electricity generation with this technology over the past decade, and the success of storage technologies such as Elon Musk’s Tesla 100 megawatt mega-battery in South Australia, have all convinced investors to finance solar projects at lower rates than in the past.

About a third of households in the state of South Australia have solar panels on their roofs. In addition, there are three industrial scale solar farms producing about 300 megawatts. Ordinarily, this year over half of the state’s electricity has been coming from wind and solar. Natural gas is expensive in South Australia, and the state wants to get to 100% renewables by 2030.

During the all-solar hour on October 11, natural gas plants and wind farms sent electricity to Victoria, or stored it in batteries.

Nine further smallish solar farms are being built in the state, along with two large batteries for storage.

The last coal-fired plant in the state was closed in 2016. Australia is rich in coal, but now 70% of the coal mined in that country is exported. Australia’s national government remains wedded to fossil fuels, despite massive wildfires last year that devastated the continent, and which were caused in part by global heating from the burning of gasoline, coal and natural gas.

South Australia was known for electricity outages until its government began making a push to install renewables a few years ago.

South Australia, with its capital in Adelaide, has a population of 1.76 million people (roughly Idaho or West Virginia). It has the area of Texas and Arizona combined. Yes, it is bigger than Texas. But much of the state is arid desert, and 77% of the population is huddled in its capital of Adelaide in the southeast. 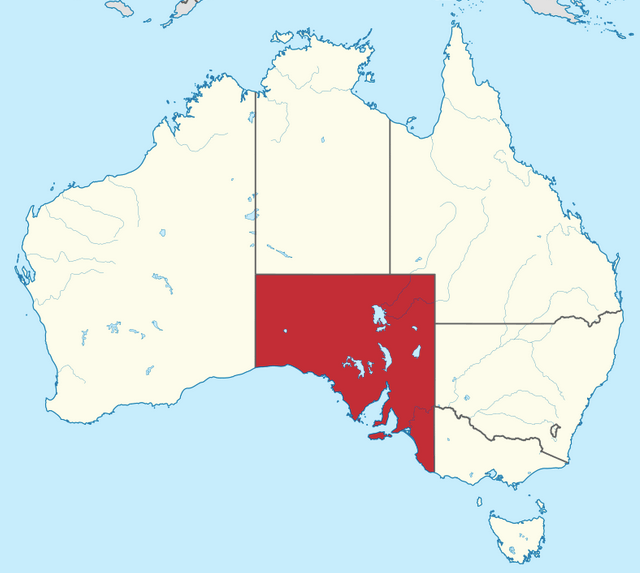 Adelaide was originally populated by the aboriginal Kaurna people, who called it Tarndanyangga. It is now about as populous as San Diego. It was settled by free British immigrants, unlike the rest of Australia, which was a penal colony. In the nineteenth century, “Afghans” were brought in as camel drivers. It has the oldest continuously functioning mosque in Australia, constructed in 1889, and the state is known for its dedication to religious freedom.