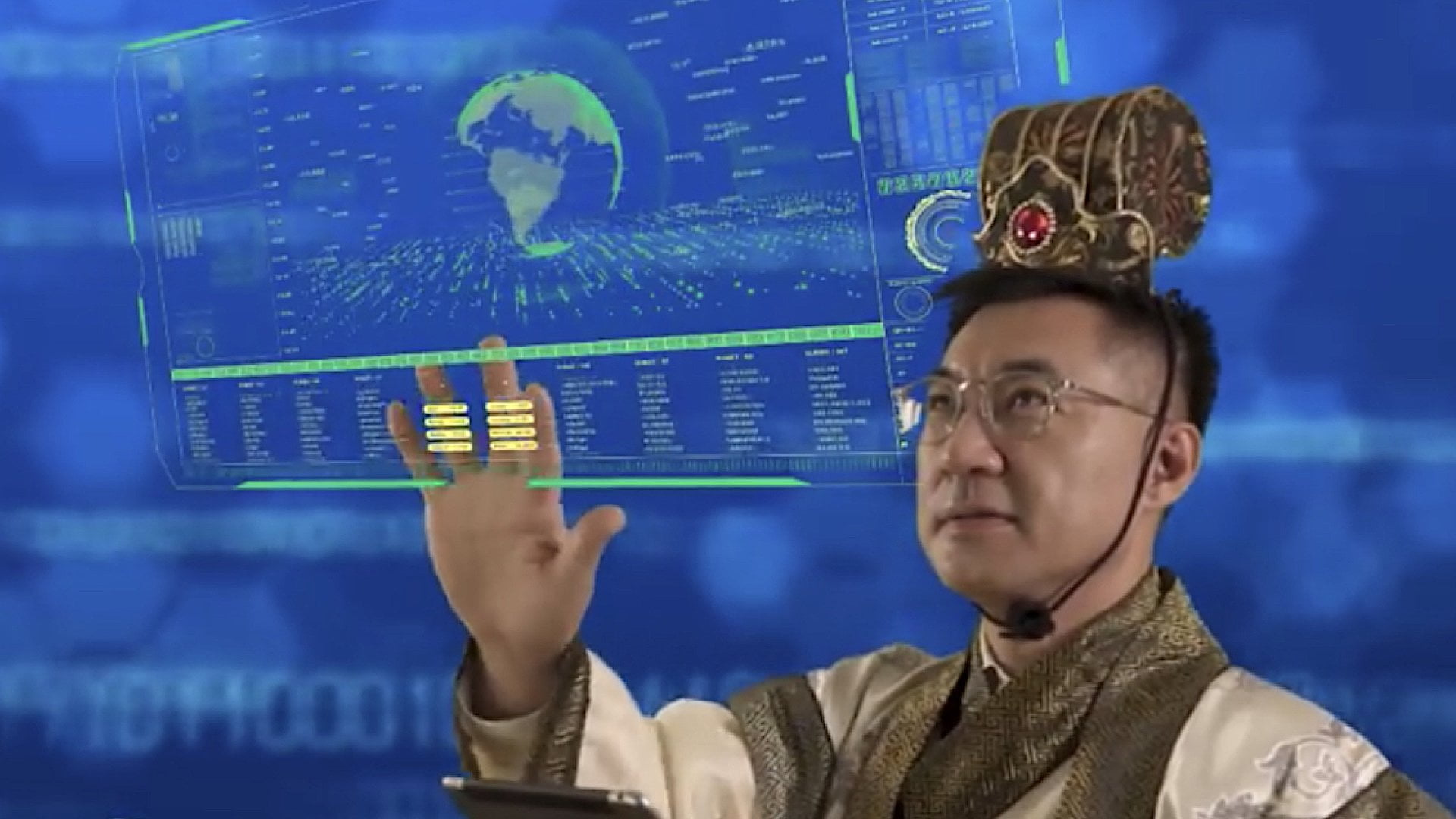 New Bloom (Taipei) — Taiwan’s pan-Blue opposition parties have been struggling to cope with the ruling Democratic Progressive Party (DPP) when it comes to the successful use of viral internet memes and advertising.

As part of Nationalist Party (KMT) Chair Johnny Chiang’s efforts at changing the image of the party and appealing to young people, the party has emphasized that it intends to modernize its web presence. But, as with much of Chiang’s stalled efforts at reform, it is still not very clear what that means, except for Chiang announcing plans for a new mobile app for the KMT to serve as a so-called “digital chapter” for the party.

This in itself was announced through a rather strange ad featuring Chiang dressed as Three Kingdoms character Zhuge Liang, perhaps hoping to mimic the popularity of young politicians that engage in cosplay or otherwise dress up in costume such as DPP legislator Lai Pin-yu and independent legislator and heavy metal singer Freddy Lim, both of whom are former Sunflower Movement activists. Otherwise, the KMT is increasingly pairing images with text, particularly caricatures of DPP politicians, in much of its advertising.

The KMT has fewer than 9,000 members under the age of 40. Other opposition parties do not have similar issues, such as the Taiwan People’s Party (TPP) and the New Power Party (NPP), due to being less disconnected from Taiwanese young people, while such challenges with online outreach are shared by older pan-Blue political parties such as the People First Party (PFP) and New Party.

That being said, opposition parties facing pressure to find issues with which to target the Tsai Ing-wen administration or to differentiate themselves from the DPP have taken to targeting the ruling party with the claim that it is inappropriately spending public funds on creating Internet memes to target political opponents. For example, both the KMT and NPP have confronted the DPP with claims that it is using public funds to create memes aimed at promoting its lifting of longstanding restrictions on the import of Ractopamine, particularly after false claims were made by an Executive Yuan spokesperson regarding an award-winning beef noodle restaurant. The TPP also recently claimed that the Executive Yuan spent NT103 million (US$3.6 million) on “propaganda” claiming that this primarily took the form of outside tenders.

Indeed, pan-Blue parties such as the KMT and TPP are likely hoping to launch a counterattack against the DPP following the non-renewal of major pan-Blue network CtiTV’s broadcasting license and accusations against the pan-Blue camp of being aided by Chinese disinformation efforts.

Every government has to spend on outreach and advertising, and for parties not entirely disconnected with young people, this often involves the creation of memes. During the Covid-19 pandemic, the Central Epidemic Command Center has effectively used memes to communicate regarding disease prevention measures to target demographics that include both young people and the elderly.

The criticisms launched by the TPP would be a valid issue if the DPP were spending funds allocated for public government use, rather than funds from the party budget, on outreach. Meme-based Internet advertising, sometimes involving contractors paid to organize or coordinate campaigns, is something used by all major parties, with small parties sometimes proving more reliant on internet-based advertising because of their inability to afford traditional means of television advertising, campaign billboards, and the like. It is possible that the TPP is attempting to frame the issue as improper when it could be, in fact, a mundane usage of government funds.

Yet it is also the case in Taiwan that political parties hire Facebook pages or influencers to disseminate political ideas, sometimes doing so while hiding signs of direct involvement. This is generally thought to take place with both pan-Blue and pan-Green political parties. Despite the fact that the dominant pan-Blue political parties seem to have been far less successful on this front, some attribute such efforts to the meteoric rise of Han Kuo-yu from obscurity to victory in his 2018 bid for mayor of Kaohsiung, and then his eventually successful bid to become the KMT’s 2020 presidential candidate, to such manipulation of social media.

Potential concerns regarding the DPP engaging in such behavior are not unfounded. That being said, it is also the case that pan-Blue political parties may simply be seeking to attack the DPP for behavior that they themselves engage in. This, too, would not surprise, with the DPP and KMT sometimes engaging in behavior that is best characterized as the pot calling the kettle black. The KMT, for example, has sought to attack the DPP for lifting import restrictions on Ractopamine-treated meat. But during the Ma administration, it was the KMT that previously called for lifting these import restrictions, while the DPP protested the issue.

Consequently, with opposition parties making the internet meme issue into one that can primarily be characterized as political theater, serious discussions have given way to partisan mudslinging.

This article was originally published in New Bloom.