The Class of 2020, Another Lost Generation

The only solution that matches the scale of the crisis is full student debt cancellation, without leaving anyone behind. 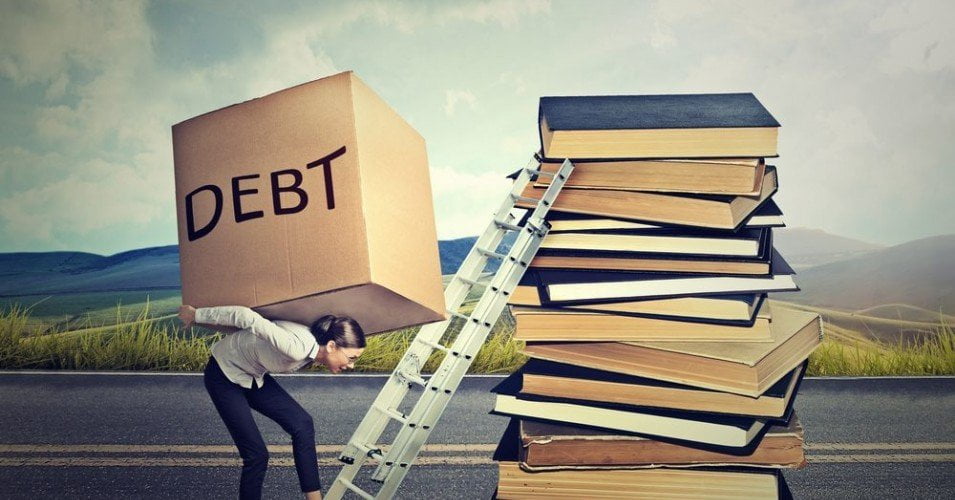 The economic devastation from this crisis will follow our generation for our entire lives. (Photo: Shutterstock)

Even before the current economic crisis, I didn’t have much hope of paying off my student debt before I die. My grandmother is 74 and still has student loans, and so does my 53-year-old mother. They carry so much shame with their debt because they’ve been told a lie that their debt is their fault instead of a trap built into the higher education system in this country.

While this is Amira’s story, it’s familiar to all three of us—and so many in our generation. We are recent graduates watching our friends lose jobs, struggle to pay rent, and try to keep up with crushing student loans in the worst economy since the Great Depression while the federal government turns its back on us. In fact, the Pew Research Center found that a majority (52%) of people under 30 are now living with their parents for the first time since the 1930s.

If we’re ever going to recover from this crisis, we need a policy response that matches the scale of the crisis—and we’re not getting it.

Today’s graduates were already facing a devastating student debt crisis before the COVID-19 pandemic hit. Many students are forced to drop out of school before getting a degree by exorbitant tuition, while corporate university boards line their pockets. Black and Brown families continue to be robbed of wealth, suffocating another generation. Before the pandemic hit, the average recent graduate would be paying off loans for 20 years if they made payments regularly. We need full student debt cancellation to prevent economic devastation for our generation.

The CARES Act only pauses federal student loan payments until September 30. And despite the economic hardship that millions are facing right now, private loans are not on pause, so Amira still had a $600 loan payment this month. Even though the CARES Act prohibits loan providers from penalizing students for the next few months, students are being forced to take financial institutions to court who are continuing to illegally tarnish credit reports. On top of that, the Department of Education continues to garnish wages from people behind on their student loans.

The economic devastation from this crisis will follow our generation for our entire lives. Even if graduating students are able to find a job when the economy starts to recover, graduating during a recession depresses our earnings for about a decade or more.

Crises like the one we’re experiencing now hit the communities who are already locked out the hardest. The legacy of slavery, our rigged economy and policies like school segregation and redlining have robbed families of color and poor people for generations, forcing them to take out more loans in order to access the same educational opportunities. Four years after graduation, Black graduates have twice as much student debt as White graduates.

If we’re ever going to recover from this crisis, we need a policy response that matches the scale of the crisis—and we’re not getting it. Congress failed to include substantial relief for students in any of its COVID-19 response bills. The CARES Act arbitrarily excluded young people aged 17-24 from the one-time $1,200 stimulus who are claimed as dependents, so most college students got nothing. Undocumented people and young people in mixed-status families were robbed of their whole family’s relief. And many recent graduates who can’t find jobs in this crisis aren’t eligible for unemployment insurance.

As Congress debates the next package, they have a choice: will they spend billions of taxpayer dollars on some of the wealthiest corporations, or will they provide relief and hope for a generation terrified for our future? Now more than ever, young people need relief and Congress is leaving us out yet again. Our generation can’t wait months or years—we couldn’t afford our student debt payments before, and we certainly can’t now.

Amira Al-Subaey is an Arab-American immigrants-rights organizer living in Boston, Massachusetts. She graduated from Tufts University in 2019 with a degree in International Relations and Arabic.

Parker Breza graduated from Tufts University in 2019 and is currently a Communications Fellow for the Congressional Progressive Caucus Center where he focuses on reimagining a more just economy for working people.

Sejal Singh is a 2020 Harvard Law School graduate and the Labor and Legislative Affairs Associate at the Congressional Progressive Caucus Center where she focuses on building power for working people.