Published on
Sunday, November 01, 2020
by
Foreign Policy In Focus

This Election Is About Trump's Pandemic Failures. But What Happens Next?

It’s going to take more than a change of personnel in Washington to address our decaying climate, public health, and democracy. But it’s not too late. 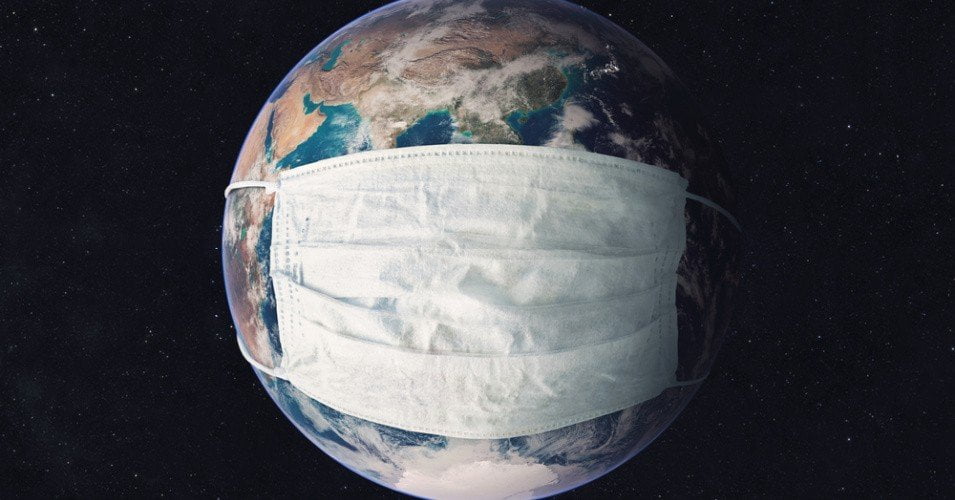 “In a country that feeds the world, nearly 30 million Americans don’t have enough to eat, triple the number of people from two years ago.” (Photo: Shutterstock)

The novel coronavirus has killed more than a million people worldwide and claimed over 230,000 victims in the United States. Infecting people from the heartland to the White House, Covid-19 has also exposed grave defects in the status quo—and a deep yearning for transformational change.

The United States was supposed to have the best hospitals in the world. The pandemic made a mockery of that boast, overwhelming medical systems in rural areas and big cities alike. Many people died simply because hospitals lacked necessary medical supplies.

The pandemic triggered a global economic downturn, and the U.S. economy will shrink by an estimated 4% in 2020. The social safety net has not been able to protect the tens of millions of the newly unemployed, with Beltway breakdowns in negotiations over relief leaving vast numbers of Americans on knife’s edge.

In a country that feeds the world, nearly 30 million Americans don’t have enough to eat, triple the number of people from two years ago.

Covid-19 has also exposed political dysfunction in the United States. The country could not overcome political divisions in the face of what should have been a unifying threat. The federal government failed to coordinate an effective response with the states.

A near civil war has erupted between the masked and the maskless, the lockdowners and the open-uppers.

As a result, the upcoming presidential election has been turned into a referendum on the pandemic response.

Americans are rightly upset that their country, with only 4% of the world’s population, has suffered 20% of the world’s deaths. China and South Korea have already restarted their economies while the United States is still struggling to return to some semblance of normality.

Donald Trump promised to make America great again. In no election in recent memory has the gap between campaign promise and political reality been so enormous.

We have ONE DAY LEFT to meet our $80,000 Fall Campaign goal as we battle against the authoritarianism taking place before our eyes.

The president spent his term deriding experts and their scientific advice. He has minimized the threat of Covid-19 even to the point of endangering his own life and the lives of those around him. He shrugged off the U.S. death count with a cavalier “it is what it is.”

If Trump loses in November, it will largely be because of his handling of the pandemic. With voters braving the disease to line up on Election Day or sending in an unprecedented number of mail-in ballots, November 3 will go down in history as the “pandemic election.”

But the Covid-19 virus is nonpartisan. Its call for change goes beyond merely rotating personnel in the White House or Congress.

Covid-19 is a catastrophe, to be sure, but even it pales in comparison to a threat like climate change, which is making itself known coast-to-coast in record-setting wildfire and hurricane seasons.

Consider, for instance, America’s funding priorities. It makes no sense to spend hundreds of billions of dollars on military hardware to protect the homeland when those weapons are useless against threats like a lowly virus—particularly at a time when public health and the social welfare system need a serious upgrade.

Covid-19 should have been an opportunity for countries to come together to address a common threat. Instead, wars have continued, the United States and China have descended into deeper acrimony, and countries are competing rather than cooperating to identify a vaccine and ensure equitable distribution.

The pandemic is a wake-up call. Covid-19 is a catastrophe, to be sure, but even it pales in comparison to a threat like climate change, which is making itself known coast-to-coast in record-setting wildfire and hurricane seasons.

The good news? The United States and the world will have a second chance to get things right.

Governments managed to locate enormous funds to rescue economies battered by the pandemic. With temperatures rising and quality of life plummeting, they will have to go to the well again, this time to transform the economy along sustainable lines. Politicians can find the resources; they just have to find the political will.

The November election will not spell the end of the Covid nightmare. But it can represent the first step in a necessary pivot—away from the flawed status quo that was incapable of handling the pandemic emergency and toward a more resilient, sustainable, and equitable future.

John Feffer is the author of the dystopian novel Splinterlands and the director of Foreign Policy In Focus at the Institute for Policy Studies. His new novel, Frostlands, a Dispatch Books original and book two of his Splinterlands series, has just been published. His podcast is available here.

Trump and the GOP Don't Care About Your Grandchildren
More in:
U.S.
,
Election 2020, Coronavirus, Public Health