“Iranian officials are almost certainly going to say this has U.S. and Israeli hallmarks all over it,” said NBC News Tehran correspondent Ali Arouzi. 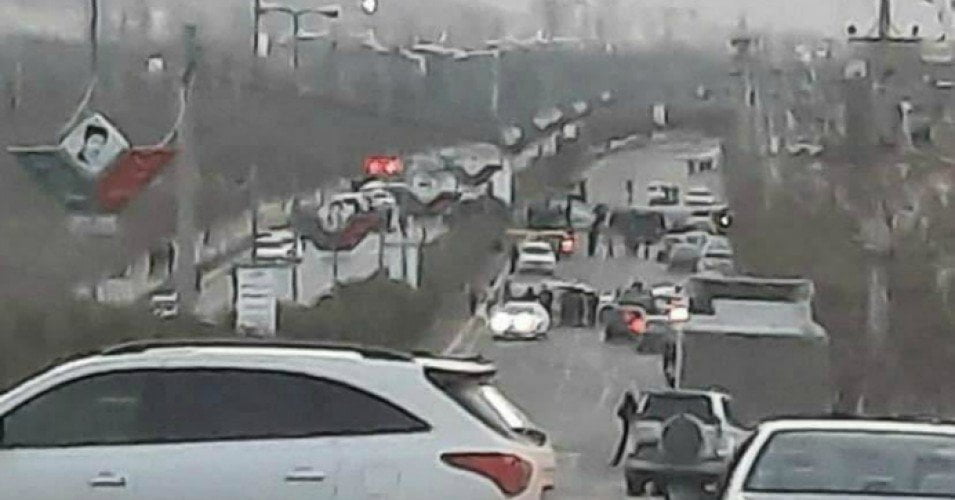 The site where a top Iranian nuclear scientist was reportedly assassinated on November 27, 2020. (Photo: Ali Arouzi/Twitter)

This story has been updated.

Mohsen Fakhrizadeh, a leading Iranian nuclear scientist, was assassinated Friday in a drive-by shooting near the nation’s capital of Tehran.

“Yet another reckless step that appears intended to poison the well for negotiations under a Biden administration and set the stage for war.”
—Ryan Costello, National Iranian American Council

Fakhrizadeh was hospitalized following the shooting but doctors were unable to save his life, according to news reports. Islamic Revolutionary Guard Corps (IRGC) accounts are alleging the assassination was carried out by Mossad, the Israeli spy agency.

First reported by state media outlets and later confirmed by the Iranian defense ministry, the killing of Mohsen Fakhrizadeh comes amid simmering fears of a military attack on Iran by the U.S. or Israel. American and Israeli officials have for years claimed, without evidence, that Iran is developing a nuclear weapon.

Earlier this month, according to the New York Times, U.S. President Donald Trump asked his advisers to provide him with options to bomb Iran’s primary nuclear site. And earlier this week, Axios reported that the Israel Defense Forces (IDF) “have in recent weeks been instructed to prepare for the possibility that the U.S. will conduct a military strike against Iran before President Trump leaves office” in January.

IRGC accounts reporting it was a MOSSAD operation. Explosion then intense machine gunfire.

Fakhrizadeh is “by far the most important Iranian nuclear scientist to be assassinated to date,” noted Ali Arouzi, Tehran correspondent for NBC News. “Netanyahu had mentioned him by name.”

This is the scene where the apparent assassination took place in Damavand east of Tehran. Reports that Fakhrizadeh taken to hospital by helicopter. News outlets calling him a martyr. Iranian officials are almost certainly going to say this has US & Israeli hallmarks all over it. pic.twitter.com/euxZKEyNOw

Around the time reports of the assassination began circulating, Hossein Salami, head of the IRGC, tweeted: “The assassination of nuclear scientists is the most obvious violent confrontation of the imperialist system to prevent us from gaining access to modern science.”

Ryan Costello, policy director of the National Iranian American Council (NIAC), described the assassination as “yet another reckless step that appears intended to poison the well for negotiations under a Biden administration and set the stage for war.”

“Assassinations, sabotage, sanctions, and military confrontation have all accelerated the U.S. and Iran on the path to war as well as resulted in an expanding Iranian nuclear program,” Costello said in a statement. “The killing of military men and scientists will only result in their replacement and Iran accelerating their pursuit of credible deterrents.”

“There is still space for urgent diplomacy to stop a rush to war,” Costello added. “Conflict is not inevitable. But it will require restraining those in Washington and around the region who are determined to plunge forward into war.”

As Trump Ignores Election Results and Plans 'Flood' of Sanctions, Biden Signals Possible Shift in US Relations With Iran

A Defeated Trump 'Has No Authorization for a New War,' Say Campaigners After NYT Reports President Wanted Military Strike Options for Iran