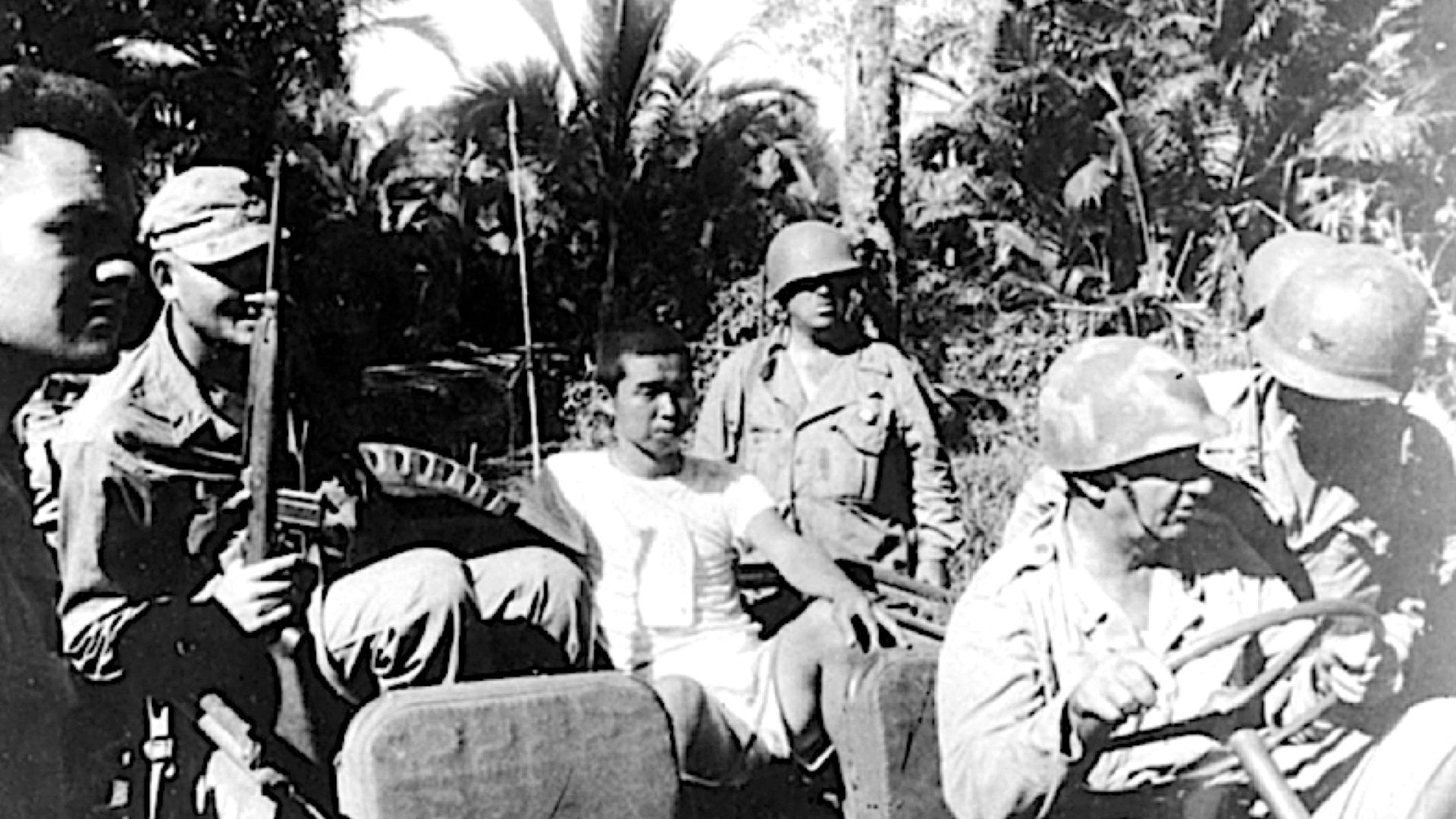 During “Operation Reckless” US troops liberated the island of New Guinea which at that time was a part Australian, part Dutch colony. Commanding General Robert Eichelberger (second left) is pictured while escorting a Japanese POW to the American headquarters in the island of Biak.

SNA (Hilversum) — During the occupation of China, Southeast Asia, and the Pacific by the Japanese Imperial Army and Navy, many young women and girls became victims of rape and forced prostitution. New evidence proves that American young women were among the thousands of victims.

On December 7, 1941, the Japanese attack on Pearl Harbor propelled America into the Second World War. As a centralized Allied intelligence unit for the translation of intercepted Japanese communications and interrogations in the Pacific, the Allied Translator and Interpreter Section (ATIS), was formed in collaboration with the Australian government.

From February 1942 on, ATIS employees translated documents and affidavits from captured Japanese prisoners of war which revealed that the Japanese Imperial Army and Navy operated a brothel system in all occupied territories. The booklet Rules for Authorized Restaurants and Houses of Prostitution in Manila lists the regulations, opening hours, and the prices for officers, privates and army civilians.

The brothels, whether in China, the Philippines, Burma, the Dutch East Indies, Australian New Guinea, or Pacific islands as Guam and Nauru, were operated in order to prevent sexually transmitted diseases. Even though the use of the word ‘prostitute’ in the captured documents suggests consensual sex, it soon became apparent to the Allied Forces that the Japanese Army forcibly recruited and raped women and girls.

The report Anti-Japanese Activities in Java, distributed by the Netherlands Forces Intelligence Service (NEFIS) in Brisbane in February 1944, describes the situation in Java, the main island of the Dutch East Indies: “We shall make geishas and prostitutes of their women,” a representative of the Chinese population to the Japanese Army, is quoted as saying.

On March 12, 1944, the Chicago Tribune published information from this classified report. “The unbelievable brutal raping and procuring by force of Indonesian women by the Japanese forces in many districts has terrified the people who have learned to hate and fear the Japanese.” This report added to the anti-Japanese outrage in the United States, already fueled by the many atrocities and use of American prisoners of war as slave labor for Japanese industries. Japanese soldiers were mockingly portrayed as vermin (lice, mice, and rats) and bow-legged, bucktoothed dwarfs.

Meanwhile, in the Dutch East Indies archipelago, US victims were drugged and sexually abused during their captivity in brothels on the island of Dutch New Guinea. This came to light after the reconquest of the island by American forces in April 1944, also known as Operation Reckless.

On August 18, 1944, American Marine J. Copple testified in New Orleans before the Military Intelligence Division that he had seen a fellow countrywoman in Hollandia in April 1944 who had been kidnapped from the Philippines in May 1942. The subject of Copple’s confidential report is “Jap Prostitution of Nurses Captured at Corregidor.” The document is kept at the National Archives and Record Administration in College Park, Maryland.

His statement corroborates with a diary fragment from US pilot Al Blum. On May 29, 1944, Blum wrote that “two American nurses, presumably from the Philippines, were found at a Japanese brothel in Hollandia. They were nearly crazy from drugs and dope.”

The sexual abuse of the nurses was kept quiet by the US government. A large group of women from Guam and US citizens and subjects in the Philippines who were victimized by the Japanese Imperial Army and Navy were also washed from public memory.

The news that Japanese “bow-legged dwarfs” had sexually abused American women could have had a demoralizing effect, as the war was far from over. Yet by doing so, the US government sacrificed the human rights of her own victims.

During the postwar Tokyo Tribunal, not a single case regarding the war crimes of forced prostitution and rape was brought before the court, despite the overwhelming evidence that it had occurred. The majority of the eleven judges focused mainly on bringing down some of the senior Japanese generals. The evidence was rejected and locked away in archives in the United States, the United Kingdom, and The Netherlands.

Seventy-five years after the war, the truth still has to be acknowledged, certainly not by the current Japanese government, and arguably not even by the US government which still finds it convenient to downplay this aspect of history. The last surviving victims are still waiting for an official apology from the Japanese government.