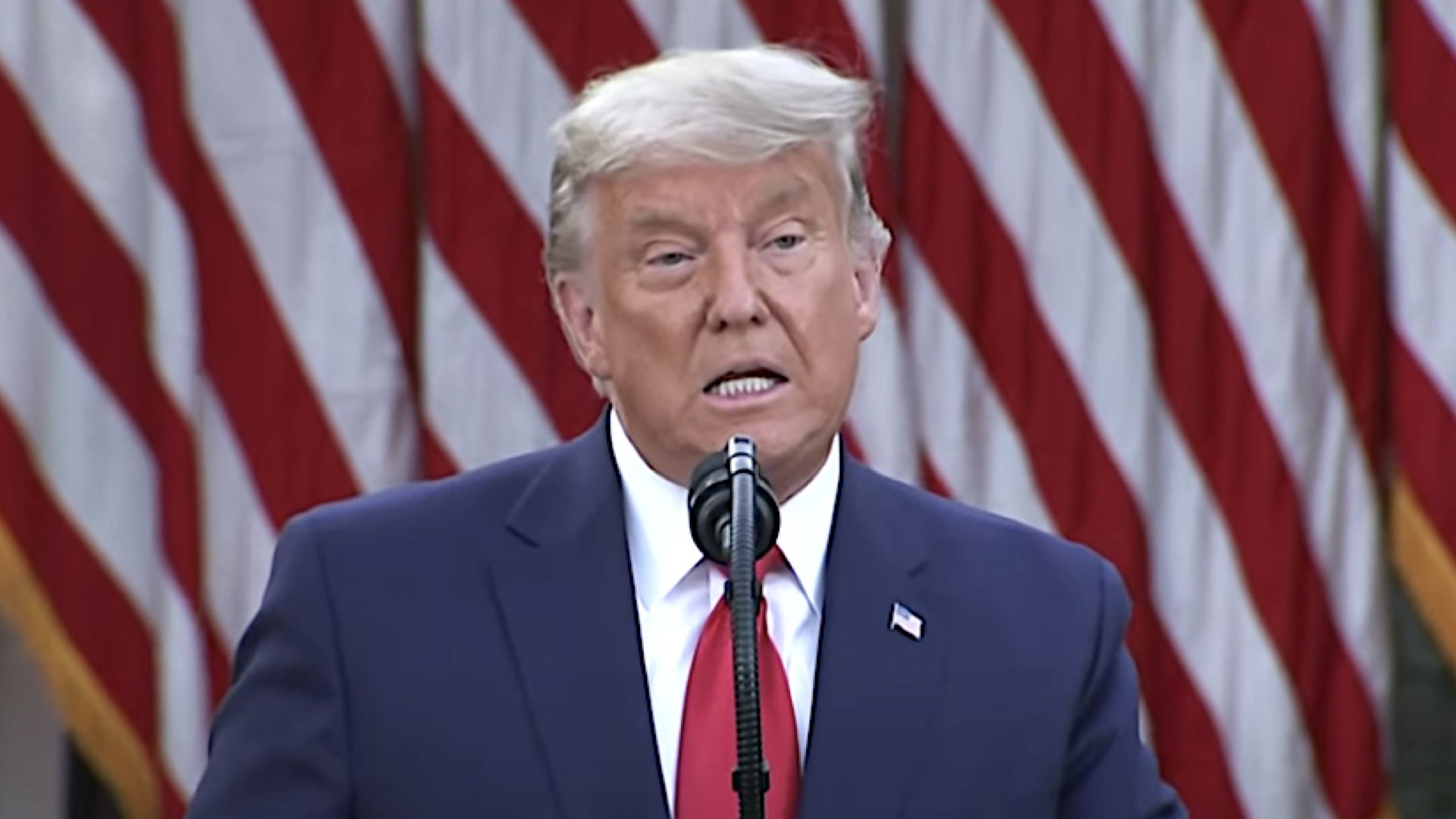 SNA (Tokyo) — The US elections captured the world’s attention. No wonder. Given its hegemony as an economic, political, cultural, and military power, the results underpin the future of geopolitics and world order.

But here’s another angle: This election offers the world some insights into how countries painfully evolve into multiethnic, post-racial societies. It even demonstrated how enfranchised people would rather destroy their governing system than relinquish power.

The contest between incumbent Donald Trump and former Vice President Joe Biden was indeed, as depicted in campaign slogans, a battle for the “soul of America.”

At stake was whether Trump’s nepotistic, corrupt administration—one that shamelessly used whatever means they could to perpetuate their power, punish political enemies, and undermine democracy both domestic and worldwide—would get four more years; or whether the United States’ place as a world leader, for better or worse, would be restored to less capricious leadership, with policymaking sane enough to keep its own citizens alive in a self-inflicted pandemic.

Clearly American voters chose the latter course; Biden won. He got five million more votes in an election where more people voted for a president than ever before, with voting rates on track to be among the highest in modern US history.

Granted, turnout for the Republican side was also at a record high, but the crash of opposing vote tsunamis fell more on the side of the Democrats. Even despite the absurd Electoral College, which has awarded no fewer than five presidents the presidency despite losing the popular vote, Biden still won, handily.

There are, of course, plenty of caveats. The “blue wave” came up short in Congress, where the Democrats maintained their leadership in the House of Representatives yet lost several seats. The Republican-led Senate, meanwhile, looks likely to stay that way.

And given the current status of Trump refusing to concede the election, and his lackeys interfering with a transition to the presumptive winner, it’s clear that no matter who wins, Republicans feel they are the only ones entitled to run the country. They view cheating, sabotage, soliciting foreign interference, and spreading unscientific conspiracy theories as fair play. The United States’ 233-year experiment in democracy be damned; 73 million voters in this election agreed with Trump’s authoritarianism. The intractable polarization of American politics is complete.

Still, the fact remains that this election was a repudiation of Trump, and, in retrospect, it’s a textbook example of democracy in action.

Despite all the voter suppression at registration, sabotage of delivery systems, and threatened intimidation at polling stations, more than 150 million in-person, mail-in and absentee ballots were successfully received and processed, all without violence or riots.

Despite the possibility of catching a life-threatening disease, people on both sides turned out in droves, stood in long lines for hours, and made sure their vote counted.

Despite all the fears of voter fraud, it didn’t happen; accordingly, the current delaying tactics and frivolous lawsuits have come to naught. Short of an unlikely physical coup d’etat supported by the US military, there will be a transition to President-Elect Biden regardless of whether Trump concedes.

Ultimately, the history books will remember this about the past four years: Trump was the worst president in American history—the only one who was impeached, served only one term, and lost the popular vote. Twice.

Well, good for the United States. But there are also lessons here for Japan, particularly its minorities: how countries make slow and painful transitions to a post-racial society.

Ultimately, the rise of Trumpism is grounded in America’s original sin: slavery and slave wages. The United States’ record on race relations is dreadful, starting with the genocide of its indigenous peoples, and continuing to this day with the perpetual exploitation of imported minorities.

Granted, the United States’ saving grace has been harnessing the power of multiculturalism through melting-pot assimilation policies. But after thirteen generations of importing foreign labor, the situation has finally reached a tipping point. Whites are no longer the majority in many voting districts and some whole states, so they are reckoning with a threshold of enfranchised non-whites.

Demographics is destiny, especially in a democracy. American people of color are now so large in number, moreover sufficiently integrated and intermarried with the dominant white majority, that they have the political power to normalize their existence. In short, seeing somebody of color in a position of power isn’t as much of a threat. It’s the future.

That’s why in rural parts of the United States where whites remain the majority, they prefer the status quo—because they are on top, or at least can lord it over more impoverished minorities. They vote for a Trump worldview where the “coloreds” know their place in the social hierarchy, serving whites, or at least staying out of the way. Obviously, that plays right into white supremacy, and that is where the Republican Party now finds its base.

Here’s where the post-racial society comes in: Before, the divisions were more racial and ethnic: disenfranchising non-whites to favor whites. Now it’s more ideological: “liberal” vs. “conservative,” which happens to include whites on both sides.

In civil rights struggles two generations ago, whites who sympathized with minority causes did so more out of principle, not because they were actually affected by whites-only rules. They had the advantage of never becoming minorities themselves—they could abandon the movement, go back to being white, and reclaim their privilege at any time.

Not so today. The Republicans and their far-right fringes also seek to disenfranchise even whites as long as they’re liberals.

In short, white liberals finally felt what it’s like to be a minority in the United States: The constant stress of being singled out, targeted, and being treated as the enemy in policymaking arenas. That’s why they cared enough to vote in unprecedented numbers to defeat it.

Thus, Trump symbolizes the throes of a country transitioning to a post-racial society. It’s still nowhere near, but that is in fact the new soul of United States: one where fairness and equality counteract the United States’ awful history of embedded racism.

The lesson for Japan is that until enough people are treated like minorities themselves, the system will not change.

Given Japan’s demographics, that’s very far off. Japan’s minorities include the burakumin, ethnic Koreans and Chinese, Ainu and Ryukyuans, the imported peoples (who constantly disenfranchise themselves by calling themselves guests instead of immigrants), and the visible minorities from international relationships, plus their sympathetic Japanese families. Generously, I estimate that’s about 5 million people, or around 4% of the population. In the United States, according to the 2010 census, non-whites are around 24%, meaning that Japan is nowhere near an American-style tipping point.

Moreover, that situation will not change, by design. Japan resists tooth and nail any immigration policy, even if that results in an aging and senescent society, an insolvent taxation and public pension system, and a diminished role on the world stage as other economies overtake. So what if villages die off and old people live in poverty? We will retain the status quo.

This is the basis of Japan’s ethnostate, a polity grounded on the racial superiority of the majority, suppression of minorities, and privilege granted by blood and birthright. In terms of norms, laws, and identity narratives, Japan continuously denies its latent diversity in favor of homogeneity myths, portrays foreigners as an untrustworthy force, and disenfranchises critical thinking through the ideological conformity of public shame and exclusion—critics are “Japan-haters” or “un-Japanese.”

This creates overtly racist policymaking. As noted in previous SNA columns, this has become as clear as possible during Covid, where border controls have indicated that taxpaying foreign residents have no more rights than any tourist.

But who cares? These laws affect only a small, silenced sliver of the population. So Japan’s minorities will continue to be treated at best as an afterthought, at worst as guests and criminals ungrateful for whatever crumbs they get from the table.

The world still gives Japan a free pass for this exclusionism, and that matters. Like the American eugenicists who inspired Nazism, Japan inspires white supremacists worldwide. To racist policymakers, Japan is a template. So for the past four years, Trumpists have tried to engineer ethnostatist policies in the United States.

They didn’t succeed. In my view, that is the most important outcome of this presidential election: The repudiation of the Japan model in the United States.

Sadly, for the time being, Japan’s radioactive racism will not be shut down until our minorities grow in voice or numbers. But elsewhere, demographics may continue to contain ethnostatism, and someday relegate embedded racism to the ash heap of history. At least this time, it stopped the American hegemon dragging the world order further towards the dark side.