Published on
Saturday, November 14, 2020
by
Inequality.org

Why Can’t Inner-Ring Democrats Just Say ‘No’ to Billionaires?

The problem runs even deeper than Donor Class donations. 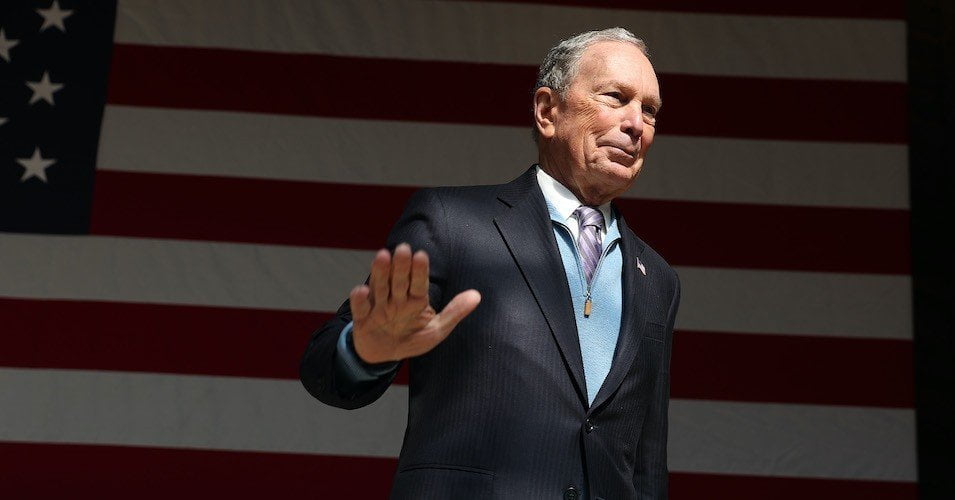 ave you heard the latest about the strategic political genius of billionaire Michael Bloomberg?

The political brilliance, you might skeptically ask, of Michael Bloomberg?

The same Michael Bloomberg who had to spend a record $99 per vote to get himself elected mayor of New York in 2001, another $112 per vote four years later to get himself re-elected, and even more —  $174 per vote — to win a third term?

The same Michael Bloomberg who sunk over $900 million into a bid for the 2020 Democratic presidential nomination and won only American Samoa before dropping out as “a billion-dollar flop”?

The same Michael Bloomberg who rushed into Florida this fall with a $100-million plan to get that state behind Joe Biden — and again flopped royally?

Yes, the strategic brilliance of that Michael Bloomberg, at least according to Democratic Party apparatchiks in Florida. Earlier this week, they held a statewide conference call to proudly proclaim that their disappointing failure to carry Florida had actually been a brilliant political “feint” that, with Bloomberg’s help, had scared the Trump campaign into plowing resources into Florida — a state Trump figured to win handily — instead of the much more competitive upper Midwest.

A brilliant “feint”? Really? Did former president Barack Obama know about the “feint” plan when he agreed to spend the election’s precious final days campaigning in Florida? Was having Obama, Biden’s best campaign surrogate, spend so much time in a we-know-we’re-going-to-lose state part of the ruse?

This whole “feint” notion appears little more than a face-saving exercise on the part of Democratic Party operatives who burned through millions of Bloomberg’s dollars. All quite understandable, of course. Political insiders within the Democratic Party — and that galaxy of pollsters, consultants, and media buyers who circle around them — have a vested personal interest in keeping billionaires like Bloomberg looking brilliant. They make big bucks helping billionaires realize their political fantasies.

But the problem here goes beyond a political insider class that’s engorging billionaire dollars and flattering billionaire egos. These political insiders appear to buy into the core assumption behind plutocracies everywhere: that our wealthiest have something truly special to offer. The super rich, that core idea goes, must be super smart. How else could they have become so rich? Brilliance, in effect, both explains the existence of our billionaires and justifies that existence.

Bloomberg’s foray into Florida, CNBC reports, actually had Democratic Party leaders in the state “privately becoming more convinced that they were going to defeat Trump.” How could they not? They had a brilliant billionaire on their side.

In real life, billionaires don’t bring any exceptional brilliance into the political process. They bring their billions. They bring outsized stashes of cash that can distort election outcomes and safeguard their fortunes. Witness the $200 million our tech giants spent this fall on a ballot initiative to kill protections for gig workers.

And these dollars, even worse, drop a suffocating ideological wet blanket over the campaigns that Democratic Party candidates run. In this fall’s presidential contest, for instance, Joe Biden and Kamala Harris were formally running on a platform many analysts considered “the most progressive document to come out of a major national party in US history.” The ideas in that platform — everything from a $15 minimum wage and ending tax breaks for capital gains to making public colleges and universities “tuition-free” for most students — had come out of joint task forces that brought together the party’s left and moderate wings.

But the campaigns Democratic candidates up and down the ticket actually ran essentially ran away from anything that might overly discomfort the nation’s most comfortable — and let Donald Trump and his pals pose as champions of average people against America’s overbearing elites. Trump came unnervingly close to winning. Many of his endangered pals did win.

Various national pundits are now savaging Republican movers and shakers for indulging Donald Trump, post-election, at his every narcissistic turn. But Democratic Party insiders remain largely free to indulge their super-rich benefactors. That has to change.

“Acquiescing to an unpopular and timid agenda that further entrenches the wealthy and the well-connected,” as Senator Elizabeth Warren puts it, “will lead us to more division, more anger, more inequality and an even bigger hole to climb out of.

“Unless Biden unites the people against the oligarchs who dominate the nation,” adds Guardian analyst George Monbiot, “the people will remain divided against each other.”

Sam Pizzigati co-edits Inequality.org. His recent books include: The Case for a Maximum Wage (Polity Books) and The Rich Don’t Always Win: The Forgotten Triumph over Plutocracy that Created the American Middle Class, 1900-1970 (Seven Stories Press).

Recognize What This Is: A Final Attempt of a Desperate, Bitter Man to Cling to Power
More in:
U.S.
,
Election 2020, Democratic Party, Michael Bloomberg