You Can't Eat Civility: A Message to Joe Biden and the Democrats

Politeness will not solve the problems facing the country. Democrats must put forth and fight for bold solutions that will materially improve the lives of working people. 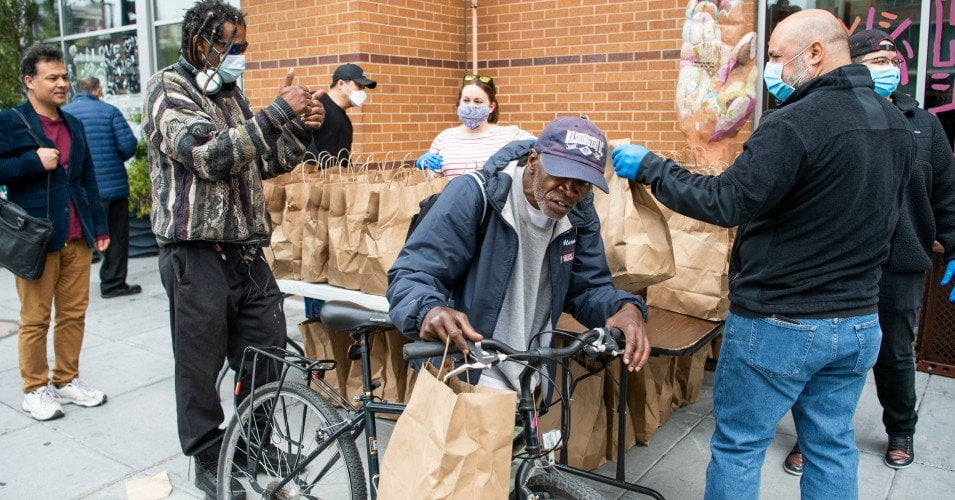 Like many Americans, I felt relief when Joe Biden was declared the winner of the presidency. White supremacists will no longer have a spokesperson in the White House; immigrant children will be reunited with their parents; the U.S. will rejoin the Paris Climate Accords.

Finally, after four long years of gross misconduct that posed an existential threat to the welfare of working people, the Trump era was coming to a close.

President-elect Joe Biden is a decent man who promised to restore the “soul” of our nation, and bring sanity and civility to Washington.

“Going back to ‘normal’—returning to Obama-era policies—will not change the lives of poor and working-class families.”

But you can’t eat civility.

Americans are hurting. States turning blue on a map doesn’t fix the eviction crisis. Flipping Arizona doesn’t provide healthcare for the farmworkers who are risking their lives to pick our food in the midst of a global pandemic. More rational rhetoric won’t raise families out of poverty.

I was raised by a single mom. We lost our home to foreclosure when I was growing up. And I can tell you: the 8 out of 10 Americans who live paycheck to paycheck are not interested in calls to restore civility. They are interested in a living wage, affordable rent, and the possibility of a college education that doesn’t bury them in debt.

Going back to “normal”—returning to Obama-era policies—will not change the lives of poor and working-class families.

As Nina Turner aptly put it: “being better than Trump is a low bar.”

President-elect Biden is right: the ugliness that Donald Trump represents is not who we are.

But we have to reckon with the reality that 70 million people voted for the Republican on the presidential ticket, while also passing a $15 minimum wage in Florida, supporting the decriminalization of marijuana across the country, and registering more than 1 million voters through the Black Lives Matter movement.

Biden’s win was delivered by those with the most to lose, namely Black and Brown grassroots leaders who have been working—relentlessly—for years to educate, recruit, and organize their communities.

Those leaders didn’t vote for Joe Biden as a favor to Democrats in power. They did it hoping to materially improve their own lives.

Now, the Biden administration must make good on its end of the bargain.

“The Biden administration must recognize the contradictions that came out of the November election, and use those lessons to build an agenda that centers the humanity of working people, instead of corporate profits.”

The Biden administration must recognize the contradictions that came out of the November election, and use those lessons to build an agenda that centers the humanity of working people, instead of corporate profits. As his transition team picks policy priorities, it would do well to lean on the popular achievements made by progressive organizers all over the country.

Take healthcare as an example.

Vice President Biden spent much of his campaign reassuring voters and health insurance companies that he opposed a large-scale transformation of our health care system.

There’s no question that affordability and access have improved since Obamacare became the law of the land.

But the shortcomings of the Affordable Care act are clear.

Today, more than 30 million Americans still don’t have health insurance and even more are underinsured; medical debt is the largest cause of bankruptcy in America; our health outcomes trail those of other developed nations; and one-third of GoFundMe fundraisers are to cover medical costs.

Most importantly, the people want a new healthcare system.

112 co-sponsors of Medicare for All were on the ballot in November, and all of them won. 95 percent of all households would save money under a single-payer system, relative to what they pay now in premiums, deductibles, and other out-of-pocket costs. Even Fox News polling found that 72% of voters support a government run healthcare plan.

Another broken system we must address is higher education.

Teenagers learn early on that a college education is their only shot at success; they learn later on that they must take on massive loans to afford it.

Between flat wages, a job market in transition, an ongoing quarantine, and compounding interest on the loans, 45 million Americans are getting crushed by student debt right now. Almost two-thirds of all student debt—nearly $929 billion as of 2019—is held by women.

Is it any wonder younger people aren’t buying houses? Is it any wonder that millennials are not pursuing their dreams of becoming teachers or nurses because they can’t make enough money to cover their student loan payments?

“President-elect Biden is an honorable man who understands the enormity of the problems facing our nation. But being honorable—adopting a kinder, more dignified tone—is not enough.”

Cancelling even some of that debt is hugely popular among Democrats and Republicans, could boost the economy by up to $1 trillion over the next ten years, and would create millions of new jobs every year in the process.

President-elect Biden is an honorable man who understands the enormity of the problems facing our nation. But being honorable—adopting a kinder, more dignified tone—is not enough.

Politeness will not solve the problems facing working Americans.

You can’t eat civility. But rent relief, doubling the minimum wage, and insuring all Americans? That will put food on the table.

Joe Sanberg is a progressive entrepreneur, business leader, and policymaker on a mission to end poverty. He founded CalEIT4Me, which helps millions of low-income California families claim the state and federal Earned Income Tax Credits, putting more than $4 billion back in their pockets. He is the co-founder of Aspiration, Inc. which offers online banking with optional fees and no penalties, and provides its customers insights on how companies treat the environment and their employees, informing spending decisions.
Our work is licensed under a Creative Commons Attribution-Share Alike 3.0 License. Feel free to republish and share widely.

Recognize What This Is: A Final Attempt of a Desperate, Bitter Man to Cling to Power
More in:
Solutions, U.S.
,
Joe Biden, Democratic Party, Medicare for All, Minimum Wage, Student Debt, Election 2020