TokyoProgressive‘s Paul Arenson, in his letter to Japan Times, points out the media’s general reluctance to cover material that touches upon the “taboo” of questioning the Japan-US Security Treaty.

During my 31 years in Japan I have appreciated the Japan Times’ coverage of social issues such as discrimination against ethic and social minorities, which the vernacular papers give only passing mention to. Why then on the issue of the Okinawan bases, does the Japan Times, like the other media, choose to limit discussion chiefly to whether the Prime Minister’s flip-flops are hurting the US-Japan alliance? While vague reference is made to the suffering of Okinawans, your editorials and news coverage exclude those experts who are unafraid to breach the taboo of questioning the Japan-US Security treaty. The result of this information blackout can be seen in the lack of critical thinking displayed by young people in “Voices from the Street: Should Japan continue to host American military bases?”(Tuesday May 11, 2010).

As long as some of the facts are withheld, it is only natural that people will continue to believe that despite the “nuisances,” US forces are needed to secure Japan’s peace and, incredulously, to preserve Article 9 of the Constitution. Few are aware, for example, that US forces violently seized the land for Okinawan bases, and that these bases were the staging areas for missions which killed millions in Vietnam, Iraq, and Afghanistan. Few equate the Okinawa base issue with the fact that the very nation which rained death upon Hiroshima and Nagasaki continues to wage global imperial war, enrich weapons manufacturers and encourage an arms race which makes a mockery of experts’ claim that the US presence helps to preserve the peace. Even in South Korea, there are many voices who say a decreased US military presence would increase security, and bloody battles have been fought between anti-base protesters and police there. All, of course, unreported in the Japanese media.

Secret agreements have forced Japan to pay a “sympathy budget” of 2,274 million yearly to maintain its unequal status as a client state in the permanent and discredited American war on terror while politicians and pundits continue to peddle the fiction of an equal relationship that preserves the peace. Tama University president Jitsuro Terashima notes that mainstream Japanese intellectuals, who command the bulk of media attention, remain “slave-faced” (do-gan) toward a bullying colonial master. Most worrying to experts such as Professor Gavan McCormack is that, given the unbalanced media coverage which helps to manufacture consent for maintaining the status quo, Hatoyama may well be forced by U.S pressure to adopt something akin to martial law in defiance of Okinawans and anti-base protesters. The Japan Times should be less concerned with Hatoyama’s flip flops and ask what the consequences of that would be for Japanese democracy. 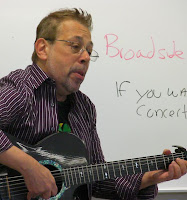 Paul Arenson paul@tokyopregressive.org http://tokyoprogressive.org/
Paul Arenson has been living in Japan since 1979 where he has been involved in citizens movements fighting for social and economic justice and against militarism. He is also a songwriter. On his days off he assists his wife’s NGO in providing street people in Tokyo’s Sanya’s district with some shelter from the elements, a cup of tea, a place to bathe, some new clothes, and a little mental & physical space to rejuvenate themselves.

Another battle of Okinawa
Despite protests, the U.S. insists on going ahead with plans for a new
military base on the island.
May 06, 2010By Chalmers Johnson
http://articles.latimes.com/2010/may/06/opinion/la-oe-johnson-20100506

The Futenma Base and the U.S.-Japan Controversy: an Okinawan perspective
Yoshio SHIMOJI
http://www.japanfocus.org/-Yoshio-SHIMOJI/3354

The Travails of a Client State: An Okinawan Angle on the 50th Anniversary
of the US-Japan Security
Treaty (Japanese text available)
http://japanfocus.org/-Gavan-McCormack/3317
Gavan McCormack

Posted by Peace Philosopher at 10:11 PM

Labels: Article 9, In English 英語投稿, Okinawa, US Military Bases on Foreign Lands
FROM   http://peacephilosophy.blogspot.com/2010/05/paul-arsens-letter-to-japan-times.html
Thursday, May 27, 2010
READERS IN COUNCIL

Okinawa creed based on deception

The May 23 Kyodo article “Futenma to stay in Okinawa: new pact” confirms that Prime Minister Yukio Hatoyama’s Democratic Party of Japan is no less disrespectful of the Okinawan people’s wishes than the Liberal Democratic Party was as the ruling party. Yet, the article fails to expose the hypocrisy of Japan’s conservative elites who attack Hatoyama for doing what they themselves have never questioned: using Japanese taxpayer money to enable U.S. foreign policy.

Many people believe that the United States maintains bases in Japan to protect Japan. Challenges to this fiction are conspicuously absent from the media. According to Akahata, the Japanese Communist Party newspaper, 90 percent of land used for the Futenma base, as with other Okinawan bases, was stolen from local residents, and Japan’s so-called sympathy budget pays for everything from military housing to airplane hangars.

Okinawan crime victims know that U.S. Marines are not here to protect them, as do the people of Indochina, Iraq and Afghanistan who have been killed and maimed in recent decades by weapons dropped from Okinawa-based warplanes. The media know this, too, but choose to be silent and therefore partners in both the crimes as well as the deception.

The opinions expressed in this letter to the editor are the writer’s own and do not necessarily reflect the policies of The Japan Times.