Kyoto Action is a group of citizens in Kyoto campaigning to close down Futenma Air Force Base and stop construction of a new U.S. military base at Heneko in Okinawa.

The organization came to being in 2004 when the US and Japanese governments proposed a new base at Henoko. Since then, Kyoto Action has worked to inform citizens of the consequences of further U.S. military occupation and to sensitize the public about how we are connected to the perpetuation of US-led wars because we allow the bases to stay in Okinawa. 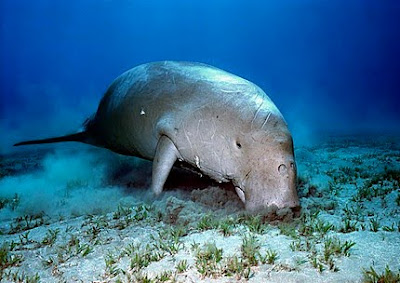 Along with signature collection campaigns, Kyoto Action invites guests from Okinawa to give lectures or lead movie screenings. Here is a excerpt from Kyoto Action’s flyer:

In Heneko, where the beautiful and plentiful ocean spreads along the beach and is home to endangered species such as the dugong, both the Japanese and U.S. governments are planning to fill up the sea to construct a new U.S. military base. In the local towns, old men and women who have survived the terrible Okinawa War are still leading sit-in protest actions. They have been conducting these protest sit-ins every single day for more than 10 years. Every day, with deep devotion, they start their canoes and ships to protect their beloved sea. And even, now a desperate protest action continues against construction imposed upon them by force by our government. Now Henoko needs many more people to come help take part in their protests. They need stronger voices for opposition for more people to pay more attention.

Here in Kyoto, we too object to U.S. military base construction in Okinawa. Some people might say they don’t care about Okinawa, because they can not imagine what Okinawa is like. Well, we want to end their indifference. We don’t want to live lives based on tormenting others. We invite you to join our action and raise your voice against the U.S. military base construction in Okinawa

The dugong, or sea cow, is a cousin of the manatee (photo courtesy of Greenpeace). Both creatures, believed to have evolved from the elephant, are critically endangered species.

The new base construction would destroy one of the dugong’s last habitats and also disrupt the lives of people living around the bases with noise pollution and an increase in military-related accidents. Furthermore, the stipulations of the Japan-U.S. Status of Forces Agreement, require that Japan does not hold U.S. soldiers accountable should they commit a crime. Just last month, a man was brutally murdered by a hit and run accident linked to a military vehicle. Okinawans have proven resiliant to governmental pressure to stop protests and have filed a lawsuit againt the Japanese government, challenging the legality of constructing a base over a fragile coral reef.

Citizen mobilization proved effective in preventing the construction of a base in Henoko in 2005 and can be successful again. To learn more about citizen protest in Okinawa, see both the November 14, 2009 post or the November 15, 2009 post at Ten Thousand Things.

To join the people of Kyoto Action in their activities, email no_base@livedoor.com or join them every Saturday from 5pm-630pm in front of the shopping district at Kawaramachi Sanjo.