Greg Grandin
November 16, 2015
The Nation
A new documentary, Chicago Boys, looks at the Chilean economists who brought neoliberalism from the halls of Chicago to the policies of Latin America. 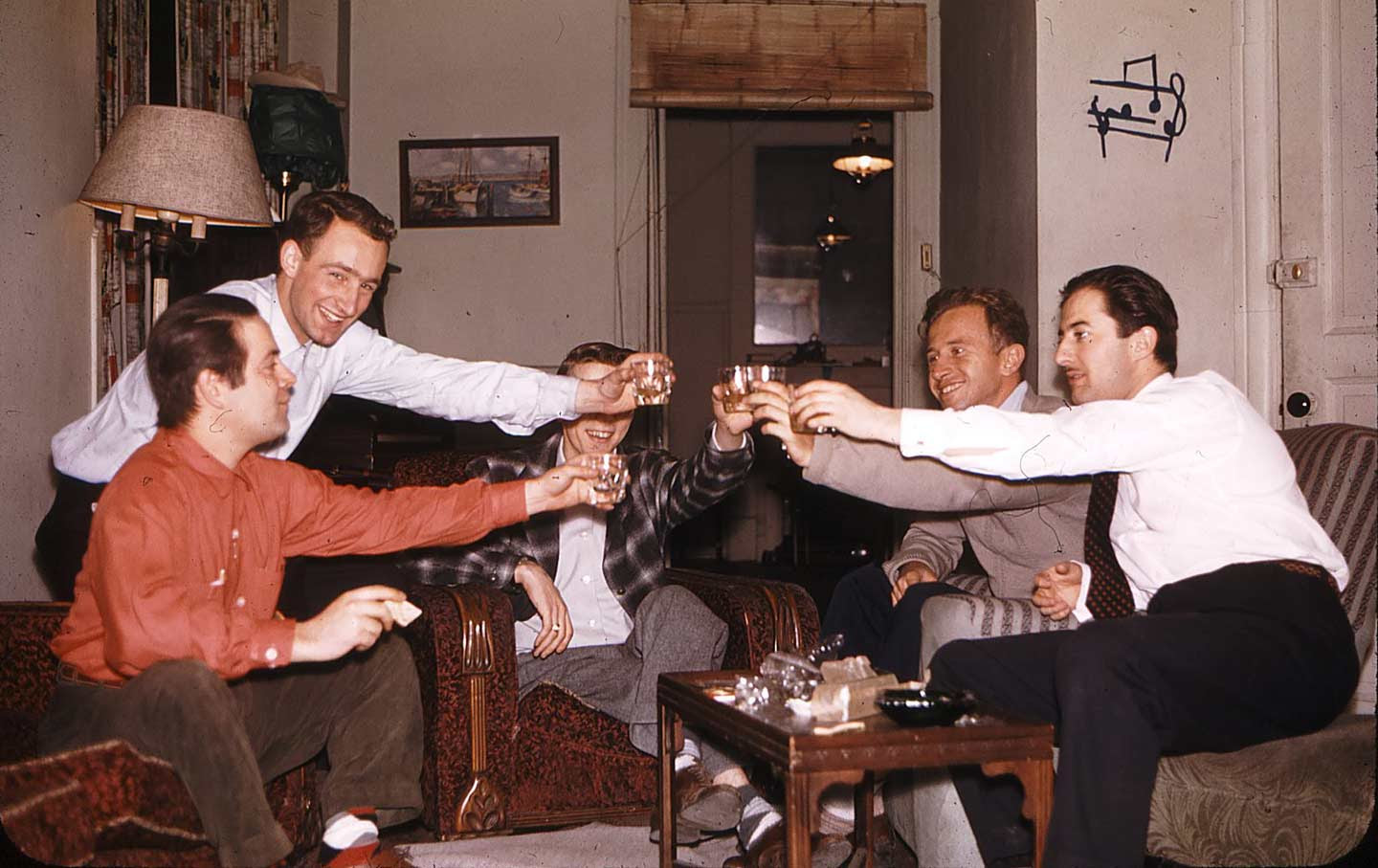 Chicago Boys, The Nation,
“I didn’t know absolutely nothing.” That double negative is from Sergio de Castro, talking about the killing, disappearances, and torture that took place when he served as Chile’s economic and finance minister during the Pinochet regime’s most brutal period. It’s from a great documentary that premiered this week in Chile, Chicago Boys, made by Carola Fuentes, a journalist, and Rafael Valdeavellano, a filmmaker.

Sergio de Castro is among the vilest of the “Chicago Boys,” Chilean economists who studied at the University of Chicago under Milton Friedman and Arnold Harberger and who, after the September 11, 1973, coup, helped impose on their fellow citizens a punishing program of extreme economic austerity. In the film, de Castro recalls climbing a hill in Santiago so he could watch the Air Force bomb La Moneda, the presidential palace where Salvador Allende was soon to die. As flames poured out of the palace’s windows, he felt, he says, an “infinite happiness.” De Castro says he “didn’t know anyone who had been killed” by his government, even though representatives from the World Bank, the IMF, and the US State Department kept complaining about the repression. Asked by Carola Fuentes if he ever brought up those complaints with Pinochet, he said no. De Castro says he feels great “pain,” not just for the “tortured but the torturers” but that, knowing what he knows now–that thousands were killed or disappeared and tens of thousands tortured during his tenure–he still would have served Pinochet. “There aren’t any corrective measures that are painless,” de Castro says.

Fuentes and Valdeavellano have dug up terrific home movies of the first class of Chicago Boys, studying and socializing in Hyde Park in the mid-1950s, replete with narrow lapels, thin ties, and endless cigarettes. Friedman, now dead, appears in passing. He was “brilliant in his exposition, naïve in his proposals,” says Ricardo French-Davis, who took classes with Friedman but broke from the orthodoxy. The documentary nicely reveals how ideological the Chicago Boys were, trained not just in the technical details of monetarism but, as one of them puts it, inculcated with “a religious belief in the efficient operation of the totally liberalized markets.” They understood their mission in continental terms. They were determined to, Ernesto Fontaine, another original unrepentant Chicago Boy who appears in the documentary, says elsewhere, “expand throughout Latin America, confronting the ideological positions which prevented freedom and perpetuated poverty and backwardness.”

The exchange program that brought the Chileans to Chicago was funded by public money, from the US government’s Point Four foreign-aid program. “I don’t think there has been a better investment of American taxpayers’ money,” Fontaine says in the film. The program was targeted at weakening Keynesian developmentalism in Latin America, at spreading, as one former University of Chicago president put it, “the Chicago influence” and “market economics” throughout Latin America. Considering the dominance of Keynes and Marx in Chile and elsewhere, a number of adjectives could be attached to the program: quixotic in the face of statist hegemony; Gramscian in its success at marching through and transforming the institutions; and Jesuitical in its determination against seemingly long odds.

Indeed, a number of Chicago Boys were members of Opus Dei, right-wing Catholics, and they saw no contradiction between their individual supremacy (when it came to the market) and submission to authoritarian order (when it came to bowing down before Pinochet). “Choice,” in the moral lexicon of the Friedmanites, is both a freedom and a discipline. When asked about the social consequences that resulted from extreme austerity and “shock therapy,” one of the coup leaders, Admiral José Toribio Merino, replied that “such is the jungle of…economic life. A jungle of savage beasts, where he who can kill the one next to him, kills him. That is reality.” That quotation is not in the documentary, but the filmmakers get Rolf Lüders, another Chicago Boy who took a prominent role in Pinochet’s junta, to admit that an authoritarian state was “necessary to make the change that was made.”

“To us it was a revolution,” said Miguel Kast, a second-generation Chicago Boy and “mystical Catholic”–a “revolution in freedom.” I’ve argued elsewhere that it wasn’t a coincidence that Friedman, Friedrich von Hayek (who makes his own pilgrimage to Chile after the coup), and their allies targeted Chile: “For most of the 20th century, many Latin Americans thought democracy and socialism were the same thing–the fight for the vote was indistinguishable from the fight for welfare–but it was especially the case in Chile, where communists and socialists had built a modern social democratic state.” So if the Chicago Boys could break the link between democracy and socialism in Chile, they could break it anywhere. As Hayek put it, Pinochet’s coup offered a chance to establish an untainted form of “democracy and liberty, clean of impurities.”
Among the film’s many useful contributions is to reveal the key role the civilian Chicago Boys played in the coup itself: the military was reluctant to move against Allende unless they had an alternative economic plan. And so the Chicago Boys, especially de Castro, gave them an economic plan. Then, once the coup took place and Allende was dead, it was the Chicago Boys who convinced statist military officers to take a gamble on shock therapy, bringing in Milton Friedman to close the deal.

Starting more than five years ago, a growing protest movement, led by students, has made specific demands but has also advanced a foundational critique of “neoliberalismo,” a rejection of the reduction of human beings into atomistic utility maximizers. Valdeavellano’s camera catches a quick glimpse of one of the placards: “Menos Friedman, Más Keynes”–Less Friedman, More Keynes. It’s doubtful that whoever wrote that sign is much invested in the specifics of Keynesian economics. Rather, the sentiment reveals the way politics in Chile continues to be framed in the primal opposition created by the 1973 coup, whereby Keynes v. Friedman, or Allende v. Pinochet, represent competing definitions of human nature.

Fuentes and Valdeavellano end the documentary with a fitting epilogue: a younger neoliberal Chilean economist, trained by de Castro and other Chicago Boys in the 1970s, complaining about the current government’s ban on snacks with high sugar content in elementary schools. What had started out as a world-historical insurgency committed to executing a revolution not just in economics but in morals, is today reduced to complaining that the government “won’t allow us to get fat.”

Hopefully Chicago Boys, which received financing from Sundance, will be released in the United States.
Greg Grandin teaches history at New York University and is the author of Kissinger’s Shadow.